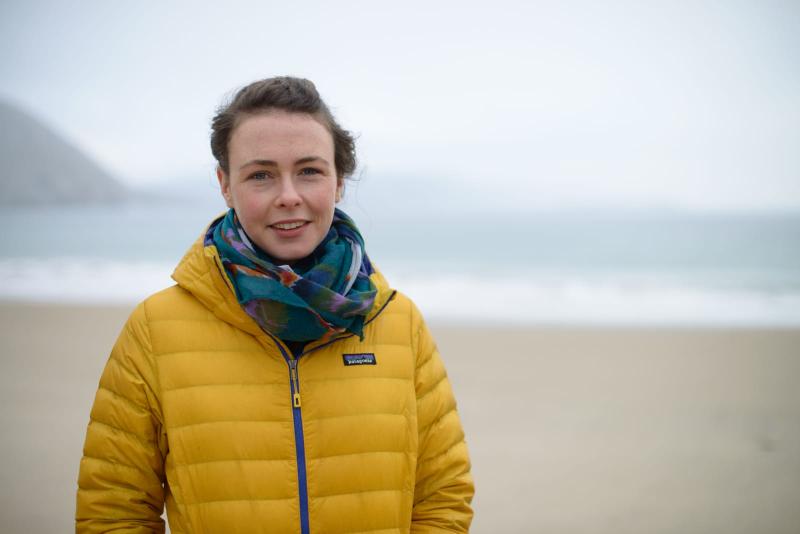 Green party MEP candidate Saoirse McHugh was preparing ahead of the upcoming elections, when she heard the news of a wildfire breaking out in Achill Island, Monday April 22.

The Green party representative, who’s grandmother hails from Kenagh in Longford, felt she had an obligation to join the firefight and made her way to the scene of the fire.

She said, “I’d been at home preparing for debates but got word of a bog fire spreading quickly across the hill in Dugort. We’ve had them before here and the key is getting as many people there as quickly as possible.

“We grabbed our shovels and just went straight over to where a crowd of volunteers was already at work.”

A status orange fire alert over Easter weekend was not enough to inspire caution as fires took off all across the country, with Donegal and Clare hit the hardest. Dry, windy conditions meant the fires spread quickly and although no lives were lost, McHugh claims the impact on wildlife was enormous.

“Biodiversity loss is threatening every single species and we’re in the middle of nesting season. Curlews were once seen all over Achill but they’ve declined by 90% over the last four decades  and are now red-listed.” She remarked.

“There’s a knock on effect to these extinctions and humans are at the other end of the chain, maybe not as far as people think.”

McHugh fought alongside 150 members of her community using shovels and wet blankets to divert the flames away from the village of Dugort, aided in no small part by the Achill and Mayo fire services. McHugh hailed the community spirit exhibited by those involved.

“You really see what the place is about in a time of crisis, it’s inspiring to see. People just dropped everything and joined the cause. I met people that I hadn’t met since the last big fire in Salia two years ago.

“There was a great feeling of achievement when we finally put it out but the devastation to the land was obvious.”

With only four weeks to go until the elections McHugh is aware she has no time to lose.

“I was never as busy between canvassing, interviews and debates but with something like this you have to just drop everything. If I’m not willing to pick up a shovel and join in with my community then what good am I to anyone?

“The next few weeks will be manic but I believe in what I’m saying and it’s important for me to say it. I think a lot of people share my thinking and if I can reach enough of then I’ve got a chance.” she concluded.