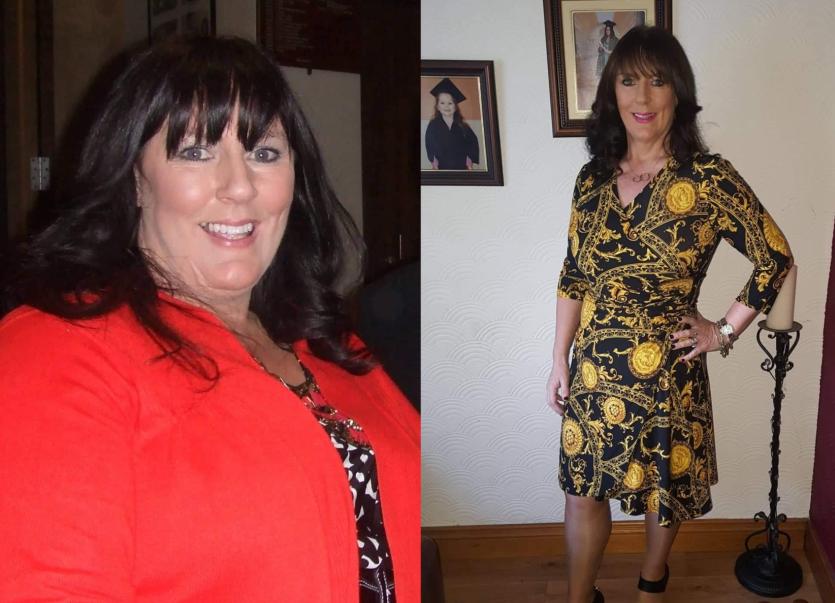 Trisha Hughes from Longford is looking forward to 2019 more than ever before after losing nearly four stone.

She has dropped three dress sizes since joining the Longford Slimming World group and her transformation has inspired many of her fellow members, friends and family.

Her weight difficulties began in 2012. Whilst also dealing with the condition of fibromyalgia, she had the first of many spinal surgeries. This surgery was unsuccessful leaving her in further pain and due to her inability to exercise and medication she found herself quickly gain four stone.

Then in 2014, Trisha had her second spinal surgery to remove part of a damaged disc Thankfully, this was a success but was left with the constant pain of permanent nerve damage.

The turning point for Trisha was in 2016 when her daughter got engaged as she knew she wanted to feel the best she could on that special day.

"I hobbled into Siobhan's Slimming World group in the Temperance Hall in Longford," explained Trisha.

"I was nervous and hadn't a clue what to expect but I just knew I had to do something to lose the weight. Immediately, I felt support and understanding after a warm welcome from Siobhan Brier and the group members and really felt I was in the right place to get the help I needed.”

Trisha began following the club’s Food Optimising healthy eating plan and was amazed to discover that she didn’t have to give up her favourite meals. “I actually eat the same things now as before – curries, roast dinners, pasta dishes and my favourite steak and chips – but they’re all made from scratch and I still eat out too – I just make healthier choices.”

The biggest achievement that Trisha is most proud of is that she has become more active.

"As I lost weight," outlined Trisha, "The strain on my back lessened and I was able to begin going for gentle walks again. As I gained confidence, I joined Brendan Doyle's Running Club at the Mall in April 2018 and with his help and that of his wife, Madeline, they have helped me change everything. They encouraged me to build up my confidence from simply walking to building up gradually to 5km jogs and I now do this four times a week. My fitness levels have soared.”

Trisha added, "Slimming World and food optimising has helped me develop a really healthy attitude towards food. I can’t change the fact that I will always live with back pain and fibromyalgia, but on the bad days I just walk and make sure I stick with my free foods. Slimming World really is a way of life and not a diet. It’s simply about changing habits and being committed to keeping with these new habits. If I can do it anyone can."