Annual Bin It! campaign kicks off with visit to Longford Schools 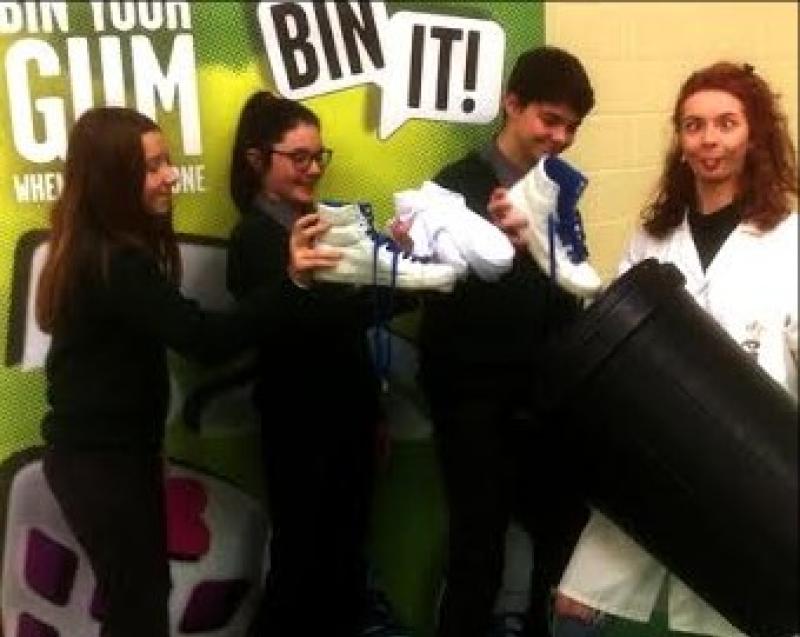 Students from Lanesboro Community College, Lanesboro and Moyne Community School, Moyne are pictured taking part in the Bin It! workshop which visited their schools.

The annual Bin It! Campaign has kicked off with gusto this week with visits by officials to local schools.

A total of 51,101 students have taken part since the campaign first began in 2006 and the aim of the campaign is to educate and raise awareness of issues surrounding litter and correct litter disposal among students.

Students from Lanesboro Community College, Lanesboro and Moyne Community School, Moyne participated in the Bin It! workshop that visited their schools.

“The workshop, which is aimed at first and second year students, incorporates a theatre-in-education session which encourages students to dispose of gum litter, and litter more generally, in a responsible manner.”

“This is the 12th year the Bin it! campaign has toured across the country, with 463 schools visited and a total of 51,101 students having taken part since the campaign first began in 2006,” Mr Kelly continued.

“The latest report of the National Litter Monitoring Pollution System has shown that the percentage of chewing gum as a proportion of litter has dropped to 8% in 2017 from 15% in 2016.

“Such a drop makes us all the more confident that our awareness raising of issues surrounding gum litter is really resonating with the public.

“Enthusiastic and active participation amongst our young people in initiatives such as Bin It! is a key driving force behind these positive results and I am delighted to see the campaign take to the road once again this year.”

The workshop tour is supported by a website www.biniteducation.com which includes games and quizzes for students, lesson plans, teachers’ notes, posters and activity cards to help integrate the theme of responsible litter disposal into the curriculum.  The GLT education campaign also includes outdoor poster, TV and online advertising which ran from May until August this year and an accompanying website www.gumlittertaskforce.ie.