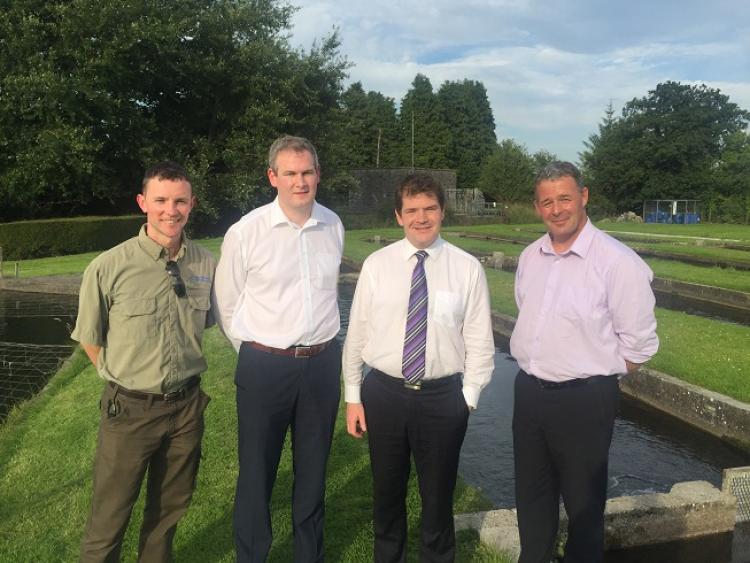 Deputy Peter Burke has this morning received confirmation from Minister Sean Kyne TD, Minister with responsibility Inland Fisheries in relation to the establishment a 'Support Fund' to address the hardship experienced by commercial eel fishermen and women over the past decade.

Burke stated that the €3 millon scheme will affect licensed or permitted fishermen and women effected by the Government decision to align the wild eel fishery with scientific advice on eel stocks.

Burke explained that the fund is designed to be a restitution payment targeted at former eel fishermen and women who were engaged in commercial eel fishery prior to the establishment of the National Eel Management Plans and a public consultation in 2008 which led to the closure of the commercial eel fishery.

Burke stated that his colleague Minister Kyne along with former Minister Denis Naughten have worked hard over the past year to secure Exchequer funding to pay former fishermen and women who had experienced hardship as a result of the restrictions. "Both Ministers led consultation with the European Commission on the proposed fund and liaised with the Revenue Commissioners on the potential tax treatment of persons receiving payments. Inland Fisheries Ireland will administer the fund on behalf of the Government," Burke stated.

"I have lobbied both Ministers continuously for an eel hardship fund which reflects fairness for those fishermen and women who were so badly affected by the cessation of commercial eel fishing. I have followed up frequently with Ministers and I was glad to receive a call from Minister Sean Kyne this morning to confirm that the fund has been established and eel fishermen and women from this constituency can apply for rebate. I am glad that the Minister responded to my calls after I impressed on him the detrimental effects which have been suffered in this industry locally and further afield."

It is intended that the scheme will be open for applications from Monday October 22 2018 and applications must be recieved by November 30 2018 at 5pm. Application forms and detailed information on the scheme, including supporting information required, appeals mechanisms etc, will be available from Inland Fisheries Ireland Offices and may be downloaded from the IFI website http://www.fisheriesireland.ie from the opening date of October 22.

Details of qualifying criteria as follows:

This element of the support payment is tax exempt. Once a licence or permit was held in 2007, the records for prior years are taken into consideration.

Bands of payments taxable for average catch over years fished in the datum years. Once a licence or permit was held in 2007, the fisherman or woman's catch records for prior years (2003-2007) are taken into consideration towards and average annual catch.