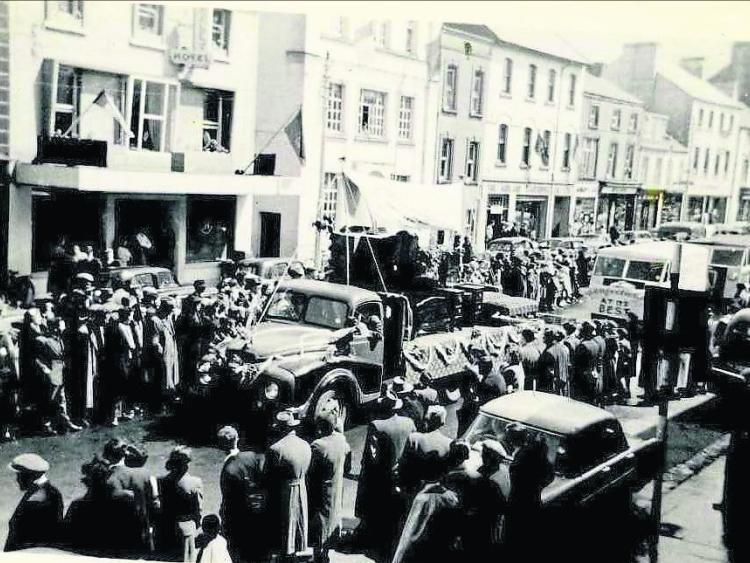 A wonderful old photo from the late John Kiernan captures the magic of the parade through Longford town when it hosted the All-Ireland Fleadh in 1958. The most prominent building is the Annaly Hotel.

Longford County Council has been urged to assemble a cross community team with the aim of bringing the All-Ireland Fleadh to Longford town. It is sixty years since the one and only time that Longford hosted the event.

The call has been made by Cllr Joe Flaherty who believes that focusing on bringing the Fleadh to Longford would give the county's drive for infrastructural improvements and further investment a massive drive and momentum.

He said: "It is estimated that the annual showcase of traditional music and song is worth €40m to a local economy and it goes ahead in Drogheda later this year. Chief executive of Louth County Council, John Martin, explained that they were six years trying to get the event to the east coast town."

Cllr Flaherty pointed out that Co Westmeath was aiming to stage the national event in 2020.

He explained "Comhaltas Ceoltoiri Eireann was launched 67 years ago at a meeting in Mullingar so the organisation was still in its infancy when Longford hosted the All Ireland Fleadh in 1958."

In this the 60th anniversary of Longford hosting the event, Cllr Flaherty said he was delighted to be given copies of some photos taken of the event in '58 by the late John Kiernan.

Mr Kiernan was a well known local painter and a keen photographer.
Added Cllr Flaherty: "I believe that focusing on bringing such a major event to Longford would give a new drive and sense of purpose to an already energised and enthusiastic Council.

It would be a real statement of intent and would be the catalyst for further investment into the county."

He said that the recent County Fleadh in Newtownforbes was a great success whilst Ballymahon hosting the Leinster Fleadh in 2017 augurs well for the All Ireland bid.