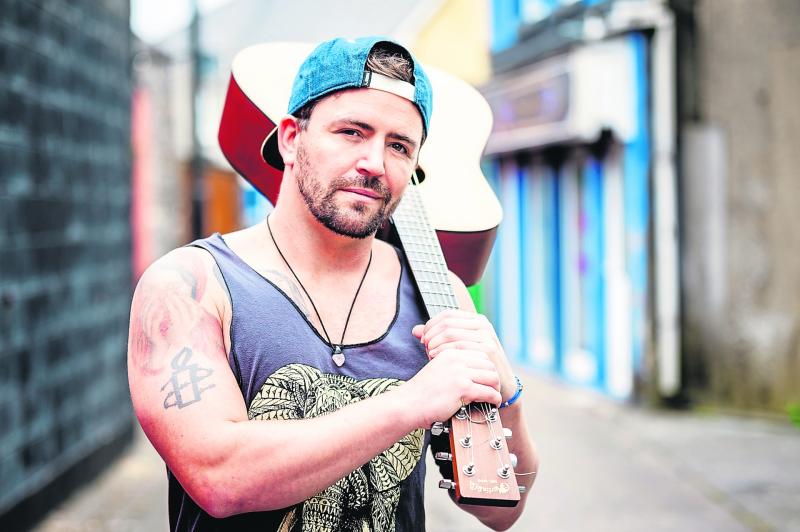 His debut single, 'Get In' received a huge response when it was released before Christmas but, since then, local musician Charles James Walker has been working hard to release his debut EP 'Would You Like To Be?', which features three other equally powerful singles, along with two bonus tracks.

'Get in' was an honest, hard-hitting song that detailed Charles' own attempt at taking his own life before he picked himself up off the floor and decided to make something of himself.

And life is going good for him so far, if his recent interview for the Leader's 'Longford Lives' feature is anything to go by.

“I had learned little things when I was travelling; getting into daily routines; getting up in the morning and watching law of attraction videos on YouTube. It really does work. It’s positive thinking; positive actions,” he told the Longford Leader back in February.

“I started doing Yoga in the mornings; eating healthy food, because food is the fuel for your body. I cut out alcohol and, with the exception of coffee, all mind-altering drugs.

“I was focusing on happier, more positive things; setting a goal in place of something I wanted to go off and achieve; and just working on these things kept me busy.

“In doing those things, I started getting feelings of accomplishment again; of self-worth. I didn’t have the negative opinion inside my head.”

Now he's released his debut EP, which has been highly anticipated since the success of 'Get In'.

Over the last 10 years, Charles has steered his music career from the open mic stages to band front man and now solo folk rock artist.

The Longford native has delivered this inspired and personal collection of tracks from his life experiences and foreign travels.

His showmanship as a performer and craftsmanship as a songwriter bear resemblance to an early Springsteen and a pre-electric Dylan.

Charles would be best described as an advocate, a socially driven writer who is passionate about the subject matters in his songs. His voice is his secret weapon and he’s not afraid to use it, thus emphasising his range and dynamic as a live performer.

“When I was travelling and playing at bars and hostels, the ongoing question was 'where can I find you online?' I'd been meaning for years to release something of my own,” said Charles.

“When I got back from Cambodia last year, I went to the studio with around 20 tracks and then settled on four for the EP.

“I wanted it to be naked - raw songs from the bottom of my heart.

“'Get In' was a difficult choice at the start. It really strips me to my core.
“When we got down to song selection I was nervous about my closest friends and family knowing about my darker moments.

“I guess once we decided on 'Get In' everything else fell into place.”