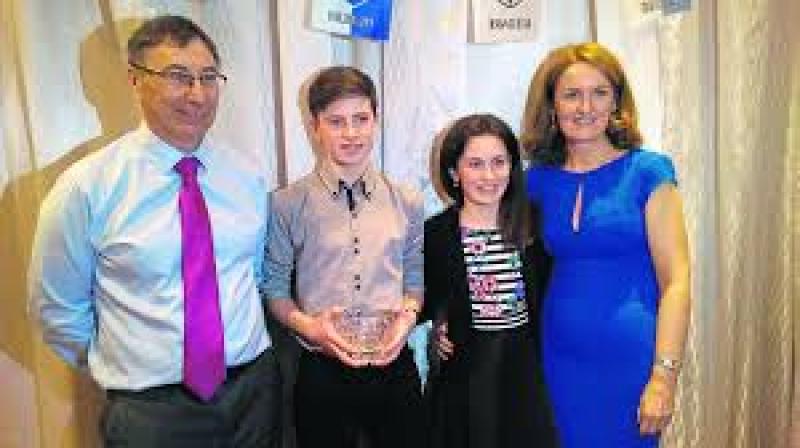 Exceptionally talented Longford athlete Cian McPhillips made his mark on the international stage on Saturday as he won a gold medal while competing in the Irish singlet at the Celtic Games in Santry.

Each year the best athletic talent from the Celtic nations of Ireland, Scotland and Wales gather on a rotating basis in one of the countries to compete at U16 and U18 level. The selection for the Irish team members is based on outstanding performances from the recent National Juvenile Track and Field Championships.
The U18 boys and girls teams compete across the complete range of disciplines in track and field with a total 40 athletes selected to represent Ireland on the senior panel. The U16 teams compete in a smaller number of events with only 6 boys and 5 girls chosen for the Irish junior squad. Each event earns points towards overall team performance, five points for the winner, three for second and one point for third. The host nation is also allowed enter a development squad in each age group which is essentially the National B team.
Cian McPhillips as the National U16 Champion in 800m was selected on the Ireland team which was a great honour for the club, his family and himself.
Because the 800m event was common to both age groups the U18 and U16 boys ran in the same race thus creating what was effectively two races on the track with the primary target of winning points for Team Ireland at U16 and U18 level.
As would be expected the U18 boys took the race out but the U16 boys with Cian in the lead stayed in close contact with them. The pace picked up considerably at the bell for the final lap and the gaps quickly appeared.
As in the Athletics Ireland National final a few weeks ago Cian controlled the inside but not knowing what to expect from the Scottish and Welsh athletes saved his sprint finish until the last 100m. His finishing pace easily took care of the opposition and such was his speed that he passed out the reigning Irish U18 champion in the finishing straight. His time of 1.57.33 was a new personal best by over three seconds and only missed the Celtic Games record by 0.16 of a second. David McNair from Scotland finished 2nd with the Irish Development Squad athlete Tommy Connolly in 3rd and the Welsh athlete, David Locke, in 4th place.
The five points for the win ensured that the Irish U16 boys team also won the team event. Cian was in fact the only Irish middle distance runner on any of the Irish age groups to record a win on the day such was the level of completion across all the nations. Team Ireland performed extremely well at The Celtic Games across the board winning in the three of the four team categories, U16 boys, U18 girls and boys, and 2nd place in U16 girls.
This finally brings a very successful season to an equally successful conclusion. It has been a great honour for the club to be represented at International level at The Celtic Games for the 2nd year in a row and to come away with a great win for Team Ireland. Last year Longford athlete Nelvin Appiah brought home Silver in the U16 High jump, 1.79m.
Cian has worked very hard over a number of years and especially over the last year. A huge amount of credit goes to the club coaches who work so hard week in and week out with Cian and all the athletes in the club, to the Connaught Performance Squad and Joe Ryan.
There are a number of other athletes in the club who have shown over the course of the season that they are getting closer to a podium finish at national level and eventually an Irish call up.
Hard work and dedication through the winter months is very often the secret to a successful track season and that hard work will begin again in September. In the meantime the club would like to wish all the Longford representatives in the upcoming National Community Games Finals in Abbottstown all the best of luck and especially all our club members competing in the athletics.