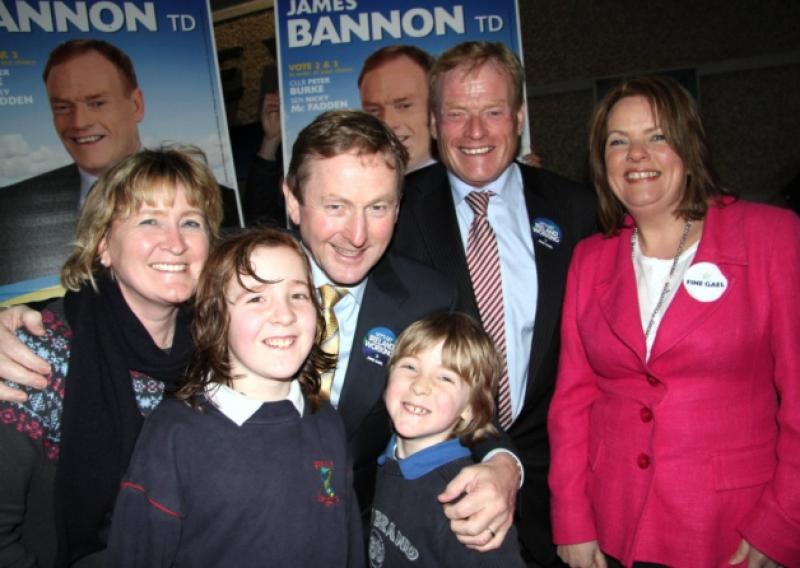 An Taoiseach Enda Kenny TD has expressed his sadness at the death earlier today of Fine Gael Longford/Westmeath Deputy Nicky McFadden and said people were ‘uplifted by Nicky’s magnificent courage’.

An Taoiseach Enda Kenny TD has expressed his sadness at the death earlier today of Fine Gael Longford/Westmeath Deputy Nicky McFadden and said people were ‘uplifted by Nicky’s magnificent courage’.

An Taoiseach remarked, “I think I speak for everyone in the House when I say we are devastated by the suffering and the passing of Nicky McFadden.

“But if we are, we are also uplifted by Nicky’s magnificent courage, by her insight into this journey and her ability to make some kind of sense, even accord, with the savage uncertainty of life as lived.

“That she passed away on the feast of the Annunciation is somehow appropriate because today she begins her new life, free of the suffering that marked her last months on this earth.

“She brings her goodness with her to that place of life and light beyond the darkness. Nicky was a woman of great joy and I know she will bring that joy with her to her new life, her new place.

“I would like to send my deepest sympathy to her children, Caren & Eoin, and to all her family and many friends. Ar dheis Dé go raibh a hanam dílis.”

“It is with great sadness that I learned of the passing of our dear colleague Nicky McFadden TD today. She showed tremendous fortitude and courage in the past year, as she battled with what was a very serious and debilitating illness.

Tánaiste and Minister for Foreign Affairs & Trade Eamon Gilmore TD remarked, “I join with the Taoiseach in expressing sadness today on the death of our colleague Nicky McFadden, and our deepest sympathy in particular with her daughter Caren and her son Eoin.

“I think it is fair to say that we were all shocked when we heard some time ago of Nicky’s illness. We saw here, with a great deal of sadness, her condition progress. I think we all understood where it would eventually lead. Notwithstanding that, I think today we are all struck with a great sense of sadness and loss at her passing.

“Nicky was a great colleague. She was somebody who brought a sense of joy to this House, somebody in whose company it was always a pleasure to be, somebody who always had a positive outlook on life and on politics. I know that the work that she did for her constituents, particularly in Athlone, and more broadly in the Longford/Westmeath constituency, here in the Dáil and in her time in the Senate, and her time in the various local authorities on which she served, will be remembered by all who worked with her.

“I want, on my own behalf, and on behalf of the Labour Party, to express my sympathy, particularly with her son and daughter, with her family, her friends, with the Taoiseach and all her colleagues in Fine Gael. It is a sad day for all of us here.”

Fine Gael Party Chairperson Charlie Flanagan TD said, “Nicky McFadden was a tireless worker on behalf of all of her constituents in Longford-Westmeath, and had been a distinguished public representative at local and national level for many years.

“She brought a great sense of kindness, dedication, compassion and humour to her dealings with everyone. She will be greatly missed by her parliamentary colleagues, who held her in great affection and esteem. Our sympathies, thoughts and prayers go to all of her family, especially her children Caren and Eoin.”