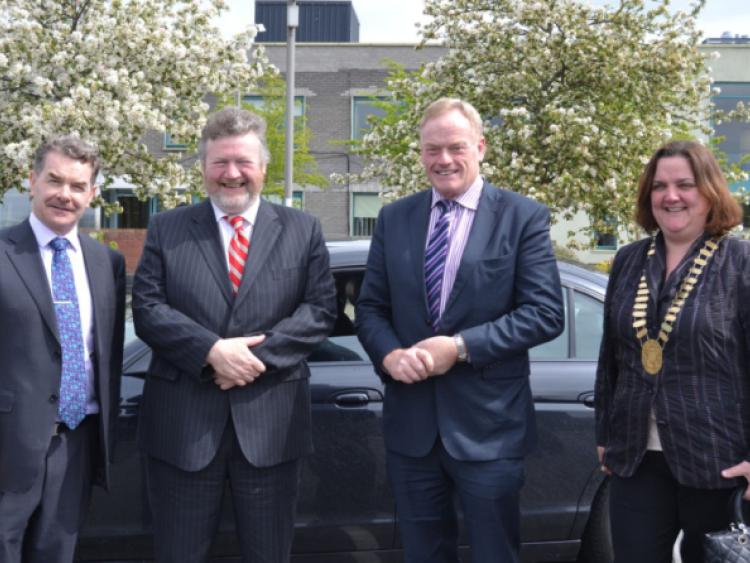 Mayor of Athlone Cllr Gabrielle McFadden will be selected as the Fine Gael candidate for the Longford-Westmeath by-election.

Mayor of Athlone Cllr Gabrielle McFadden will be selected as the Fine Gael candidate for the Longford-Westmeath by-election.

The close of nominations for candidates who wished to allow their names contest Monday’s (May 5) selection convention was yesterday (Friday, May 2) at 5pm and Cllr McFadden, sister of the late Nicky McFadden TD, was the sole nominee.

An Taoiseach Enda Kenny will attend the party selection convention at 8pm in the Mullingar Park Hotel where Cllr McFadden’s candidacy will be formally ratified.

The writ for the by-election was moved in Dáil Eireann by Minister for the Environment, Community and Local Government Phil Hogan TD on Thursday, May 1.

Voting will take place on Friday, May 23 between the hours of 7am and 10pm along with the polls for the European and local elections.

The latest time for receiving by-election nominations is 12 noon next Saturday, May 10. Candidates may withdraw their nominations up to 12 noon on Monday, May 12.

The electorate for Longford/Westmeath is 85,603.

To-date there are no Longford candidates contesting the by-election.

Two Longford based Fianna Fáil activists, Pat O’Rourke and Cllr Padraig Loughrey, initially expressed an interest in being included on the party ticket.

However, to the dismay of FF members in the county, party HQ decided the best strategy was to choose one candidate from the Athlone area, thereby paving the way for Cllr Aengus O’Rourke, son of former TD and Minister Mary O’Rourke, to secure the candidacy.

Longford Town Mayor Cllr Paul Connell also revealed on Thursday that he had been approached by a group of business people urging him to contest the by-election. They suggested to him that there could be as many as 14 to 15,000 first preference votes there for the taking if a Longford candidate entered the race.