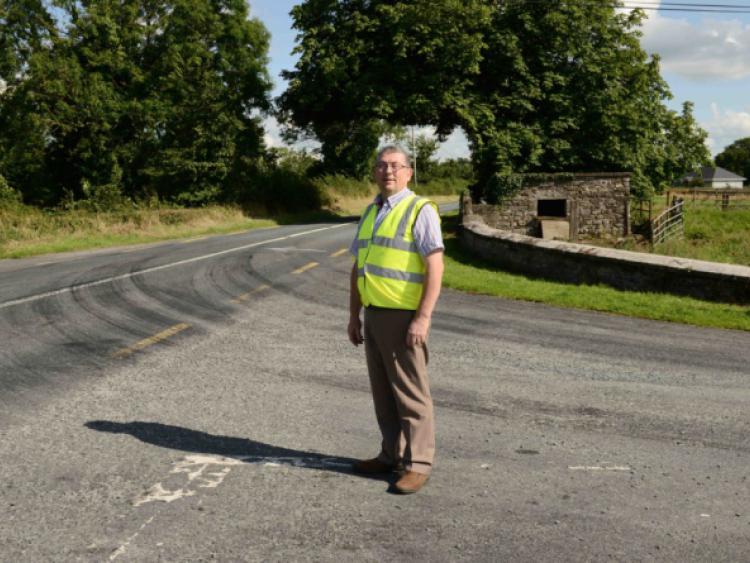 Cllr Cahill requested that ‘in the interest of road safety’ Longford Co Council should consider a low cost safety scheme for the junction between the R393 and L5158 at Ardagh.

“This is a major issues,” he said, adding, “it needs to be improved.”

The local area representative from Carrickedmond then outlined the difficulties posed at the junction for traffic to his council colleagues. “When you are at that junction and you look back towards Ardagh, there is a tree in the way,” Cllr Cahill continued. “We need a low cost safety scheme to sort that out.”

The meeting then heard that the owner of the land on which the tree stood, was more than willing to address the safety concerns.

“I was talking to that man and he proposed, that, the council take a strip of land there and that would subsequently enable him to move his entrance from the main road onto a side road,” added Cllr Mark Casey (Ind). That would suit him a lot better and I can set up a meeting with him about this.”

Cllr Paul Ross (FG) then pointed to the large residential community in the area. “There must be 50 houses on that road,” he said, adding, “it’s the tree and the stone wall that are causing all the problems”.

“We can remove the tree, but the stone wall is something else altogether. There is a lot of traffic on that road and I know that the landowner will definitely come to some sort of an agreement.”

Brian Faulkner of Longford Co Council then told the meeting that the matter had already been sent to the Roads Section of the local authority and was being regarded as ‘high priority’. “I am aware of the tree on the Ardagh side and it is a matter that is certainly not as straight forward as it appears. It may require a specific junction which would be expensive, but we will certainly explore all options available to us to sort this serious problem out.”

The meeting then heard from Mr Falukner that more information on what would be done at the junction would be forthcoming at the next monthly gathering.