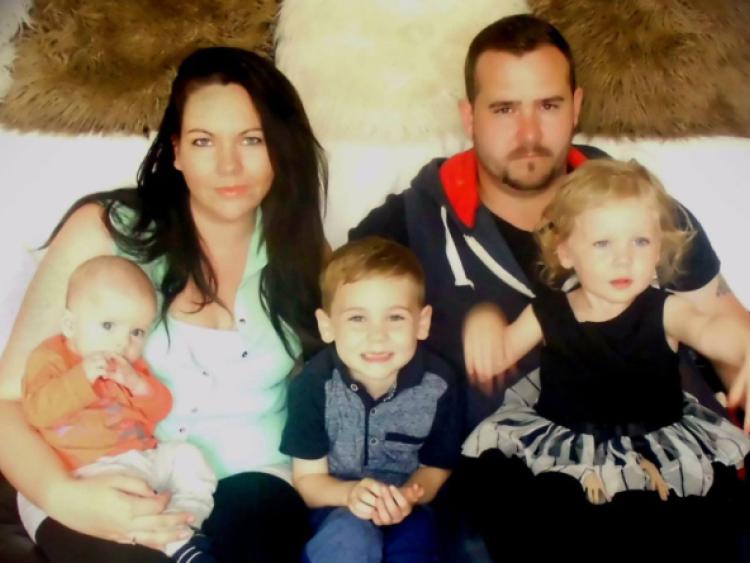 The first time that Donna Curwin heard of stillbirth was when she went through the heartache herself at the age of twenty.

The first time that Donna Curwin heard of stillbirth was when she went through the heartache herself at the age of twenty.

Now, almost four years on, Donna, her husband Brendan and their other children Dylan, Danielle and Adam are preparing to mark Bethany’s birthday and anniversary, as they always do, only this time, they’re going to raise funds for Féileacáin (Stillbirth and Neonatal Death Association of Ireland).

It was Donna’s second pregnancy but her first baby girl and overall, things were going well. Shortly before her due date, Donna travelled to Wales by boat so her mother could be with her for the birth.

On January 2, 2012, four days before her due date, Donna went into labour. Excited to welcome her first baby girl, she went to the local hospital in the early hours of January 3.

As she wasn’t a patient of the hospital, she had to undergo a scan before delivery, and she explained, “The nurse scanning me had to call for the consultant to come in from home, as she said she couldn’t find a heartbeat but the consultant would take a look.

“When I heard them words I died inside. The contractions went away I was just numb, literally.”

The consultant sadly confirmed the nurse’s words and at 6.15am, Donna gave birth to her “beautiful, perfect sleeping princess”, Bethany Catherine Curwin. She had passed away less than 24 hours previous due to placenta abruption.

Unprepared for this devastating news, Donna had nothing in which to keep memories of her beautiful daughter. It was then she received a memory box from Sands UK, which are also provided by Féileacáin in Ireland. Inside were two small teddies, a card to mark Bethany’s hand and footprints, a small box for a lock of hair, a camera on which to take photos and some leaflets.

“Though some people may say it’s just a box it’s so much more. It holds memories to treasure forever,” Donna continued. “Without that memory box I’d be lost, to go back through it every so often helps me so much, her smell is still on her clothes, it makes me feel close to her again.”

With her daughter’s fourth birthday anniversary approaching, the Drumlish-based mother-of-four knew she wanted to do something different to remember Bethany, and so she is embarking on a series of fundraisers to help others in the same position by raising funds for Féileacáin and awareness of stillbirth and neonatal death.

On October 17, Drumlish Community Centre will play host to a fun day from 1pm - 5pm. Admission is just €2 per child, while adults go free.

While there, children will be kept entertained by Aaron Parker’s disco, a photo booth courtesy of Michael Croghan and face painting by Esther Scegolsky. Rumour has it that Olaf from Frozen will also join in the fun, thanks to Athlone Jokeshop. The event will also feature a bakesale and a raffle, for which tickets can be bought in the lead up to or during the event.

Donna and her family are extremely grateful to all who have come on board with this event, by supplying prizes, services and support, including the aforementioned businesses, locals who have donated to the bakesale, Centz, Toytown and Octopus Kidz.

Further exciting events will honour baby Bethany, with a shaving/waxing event and a sportsmans night in the works. To keep up to date with the fundraising, search for Fundraising In Memory Of Bethany Curwin on Facebook. Donations can also be made to Féileacáin in memory of baby Bethany on http://www.mycharity.ie/event/donna_curwins_event