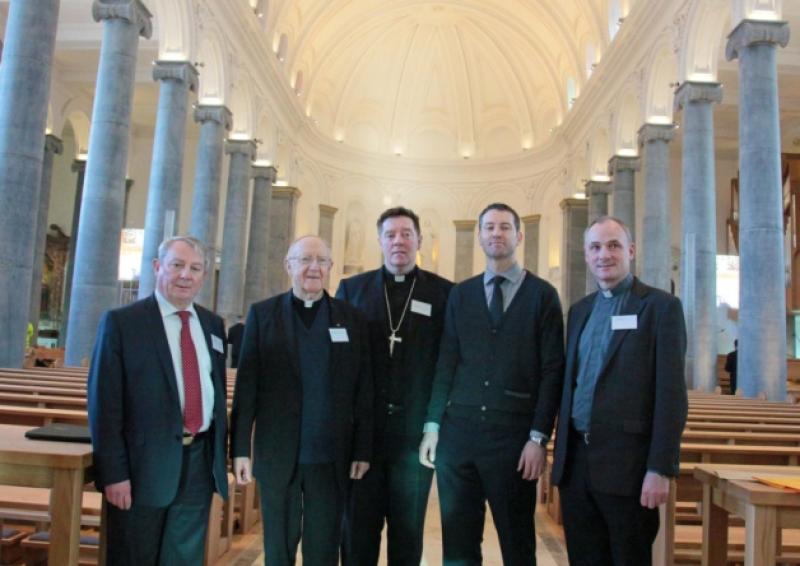 Just four months after it re-opened to the public, St Mel’s Cathedral has picked up two prestigious awards at the CMG Irish Building and Design Awards.

Just four months after it re-opened to the public, St Mel’s Cathedral has picked up two prestigious awards at the CMG Irish Building and Design Awards.

Held in Dublin on April 24, the awards saw the restoration of St Mel’s Cathedral, under Fitzgerald, Kavanagh & Partners named as Interior Architectural Project of the Year.

St Mel’s Cathedral also saw off competition from projects including the Rosie Hackett Bridge in Dublin and the Tullamore Distillery, topping the public vote to claim the title of Ireland’s Building Project of the Year.

After it was devastated by fire in December 2009, the restoration of St Mel’s Cathedral took five years to complete.

Speaking after the winners were announced, Cllr Seamus Butler stated that it was a very proud moment for him as a member of the St Mel’s Cathedral Restoration Committee.

Going on to add that the restoration provided a large number of much-needed jobs to the county, Cllr Butler also pointed out that the Cathedral restoration has instilled a great sense of pride in Longford.

“The incredible number of people, in excess of 50,000, that are still visiting the Cathedral is an award in itself for those of us involved with the project for over five years now,” he continued.

“This award is something the people of Longford can be proud of,” Cllr Butler said, before concluding that the award will “add to the atmosphere and enhance the forthcoming Rededication on May 17”.

Preparations for the Rededication of St Mel’s Cathedral are well underway, with Parish committees making arrangements to include the liturgy and a commemorative book.

As the Mother Church of the Diocese, the Cathedral will welcome people from the 41 parishes to gather in unity to celebrate the occasion. As a result, there will be limited seating available.

To deal with the crowds, seating will be allocated to parishioners by means of a lottery. Over the next few days and weeks, locals will have a chance to submit their names .

Though it has provided a beautiful soundtrack for many Masses since the Cathedral’s reopening, the organ has yet to receive its final tuning ahead of the Rededication ceremony.

This involves specialist attention from Fratelli Ruffatti, who designed and made the organ. To facilitate them, the Cathedral will close for a week outside of Mass times.

Until Saturday, May 2, the Cathedral will close after 10am Mass each day, with Eucharistic Adoraction at the Oratory beside the Presbytery.