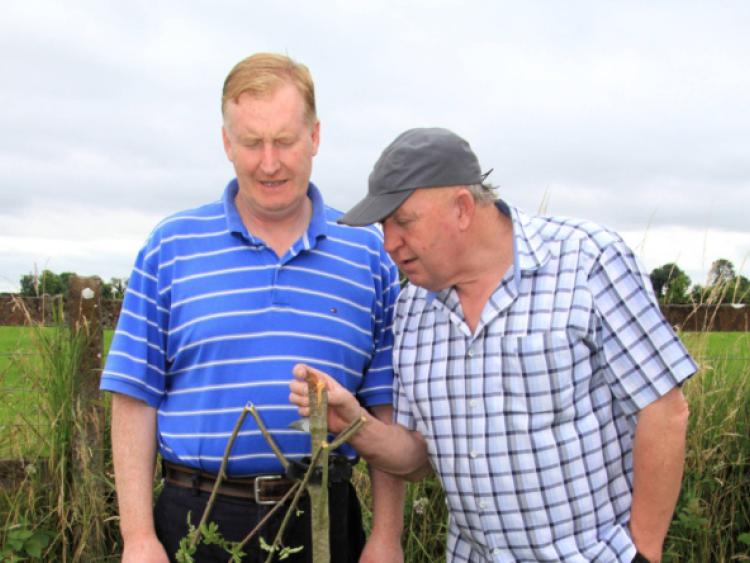 The community of Lanesboro woke up on Monday morning to the news that vandalism was once again to the fore at the weekend.

The community of Lanesboro woke up on Monday morning to the news that vandalism was once again to the fore at the weekend.

This time, a number of trees that were planted along the Ballymahon Road on the outskirts of the town were tampered with and three or four destroyed completely.

The events of the weekend are particularly upsetting for members of the Tidy Towns and Fás, because judging for the Pride of Place 2014 will be held in the Shannonside town this week. Last week, judges were in the area for the Tidy Towns competition, the results of which will be known in the coming weeks.

“Stupid mindless behaviour,” is how local businessman Joe O’Brien described the destruction. “Those trees were only planted three years ago; they were doing so well and eventually we would have had a tree lined-route there. It is an absolute disgrace that people would behave like this. Whoever did this would have had to put a good bit of strength into damaging those trees. It is stupid, mindless behaviour and it destroyed all the hard work of everybody in our town.”

Meanwhile, John L Farrell, a member of the Fás team who planted and tended to the trees, said he was “disgusted” by what had happened at the weekend. “The amount of good work that went into planting there and now it is destroyed; two or three trees were broken off at the stakes,” he said. “We are currently getting a sign made to put in the area that says ‘Shame on those who broke our trees’. Mindless vandalism is what it is and it is not good enough.”

This is not the first incident of vandalism in Lanesboro. Last April €4,000-worth of damage was caused to the Ferry Boat Tragedy Memorial that is located in the heart of the town. At the time the vandals smashed the polished granite memorial.

Gardaí investigated the incident and have since made progress. Denis Devereaux, Secretary of Shannonside Heritage, described what happened at the time as an “awful shame”.