Locals get set for Paris marathon 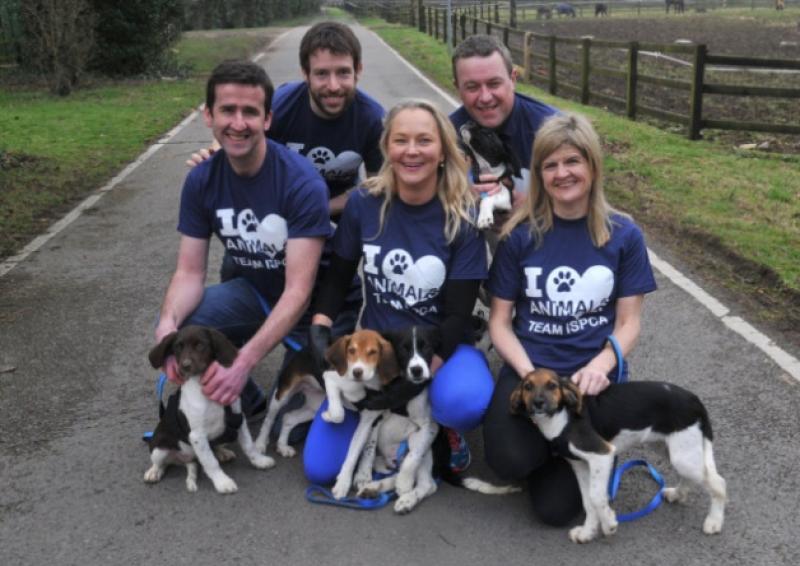 Five Longford natives will be put through their paces next weekend as they take on the Paris Marathon in aid of the ISPCA National Animal Centre in Kenagh.

Five Longford natives will be put through their paces next weekend as they take on the Paris Marathon in aid of the ISPCA National Animal Centre in Kenagh.

Dr Eva Orsmond, best known for featuring on RTÉ’s Operation Transformation, adopted dogs from the centre and wanted to raise funds for the tremendous work carried out there.

A friend of Dr Eva’s and a member of Longford Triathlon Club, Eoin O’Boyle, got in on the idea and alerted the rest of the Tri Club to the event, with Fintan Duffy, Ross Gannon and David Hanley all coming on board. Marie Deasy will also take part in the event.

Fintan Duffy has been a member of Longford Tri club for approximately three years, and though he has taken part in half marathons before, he admitted that this is his “first and only ever attempt at a marathon”.

“Hopefully there’s enough in the legs to get me around the full distance!”

With the marathon taking place on April 12, Fintan is now winding down the training regime which he has been following since before Christmas.

“I’ve just been doing the basic three days a week running and trying to keep active outside of that,” he continued.

“It’s a huge commitment, time-wise,” Fintan explained. “I can just see now what people who do this on a regular basis have to do to get better at it and get faster times.”

It’s this training and commitment which is the biggest achievement of a marathon runner, Fintan believes.

“There are plenty of nerves,” Fintan revealed, laughing, “I’m just hoping I get it finished on the day in time for the flight home on Monday!”

The team will fly out to Paris this Friday, where they will register for the marathon. “We’ll try and have manners and stay out of the pubs in Paris on Saturday,” Fintan joked.

“It’s been an experience,” he admitted, pointing out that he was “very much the novice,” so he made plenty of mistakes and learned a lot on the way.

Adding that people have been generous in their sponsorship, Fintan stated, “People are shocked and amazed to think that I’m doing something like this.