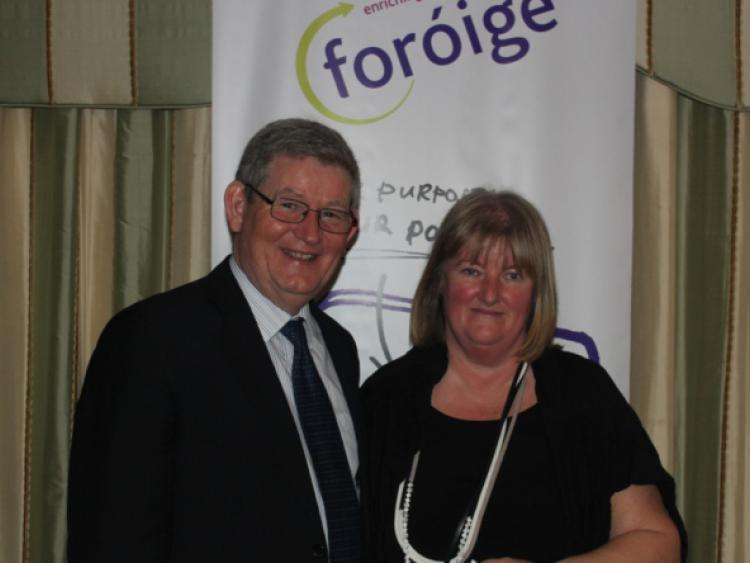 A Longford volunteer is celebrating this week after she was elected onto the National Executive of Foróige at the organisation’s 44th National Leaders’ Conference.

A Longford volunteer is celebrating this week after she was elected onto the National Executive of Foróige at the organisation’s 44th National Leaders’ Conference.

Ruth McGarry Quinn, who is a volunteer at Foróige’s Attic Youth Café in Longford, was re-elected as the Honorary Treasurer of the organisation.

Almost 200 Foróige volunteer leaders from all over the country took part in the conference, themed ‘Youth Ready for the Future’, which was held in the Bloomfield House Hotel in Mullingar, Co Westmeath.

New figures released at the conference show the organisation now works with 54,000 young people and 5,500 volunteers each year through a network of 600 clubs, 150 projects and national programmes such as Entrepreneurship, Citizenship and Leadership.

“This is a fantastic achievement – Foróige now operates across countless communities in Ireland – and this is a great platform on which we can continue to build,” said Michael Lynskey, Chairperson of the National Executive of Foróige.

“All young people should have the opportunity to engage in clubs and programmes that will allow them to reach their full potential – both as individuals and citizens,” he continued.

“When this happens they will not only do well, they will also do good.”