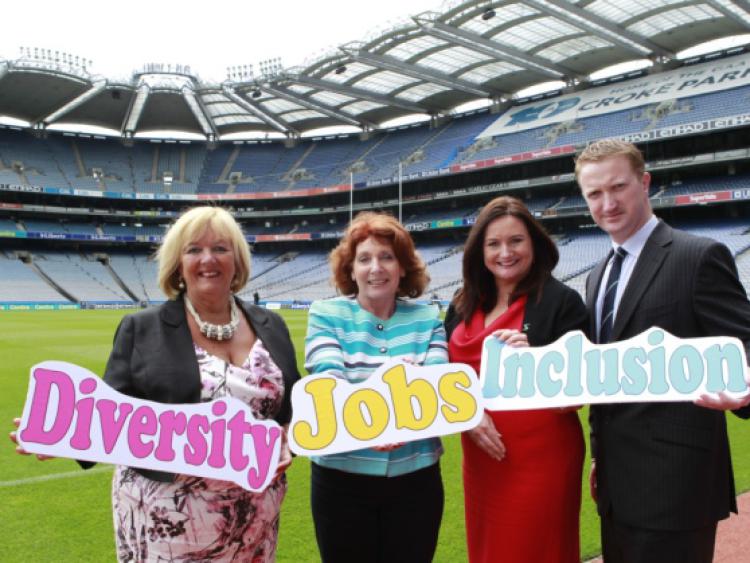 A Longford woman has been praised for her role in placing Ireland on the world stage in advancing social and economic inclusion for the disabled.

A Longford woman has been praised for her role in placing Ireland on the world stage in advancing social and economic inclusion for the disabled.

Teresa Mallon from Aughnacliffe is the chairperson of the Irish Association of Supported Employment, which works to promote employment for people with disabilities.

Ms Mallon lead the IASE team responsible for bringing the European Union of Supported Employment to Croke Park this year for the first time since 1995.

Fáilte Ireland named the conference as one of the most significant to take place in Ireland so far this year, as it brought in more than €600,000 to the local economy over three days.

“This is one of the biggest international gatherings relating to inclusive employment for people with disabilities and other marginalisd groups”, Ms Mallon explained. “As a voluntary board, this was a major undertaking but we are delighted it was such a great success.

“The conference was an associated event of Ireland’s EU Presidency so the findings and recommendations we will make to government could potentially influence policy-making affecting Europe’s 500 million citizens.

“The fact that this event brought so many overseas visitors to Ireland and gave the local economy a real boost is also a very welcome bonus.”

Minister for Social Protection, Joan Burton TD, praised the IASE and its members for bringing the conference to Ireland. “The agenda of this conference is at the heart of what the European Union is all about”, she said.