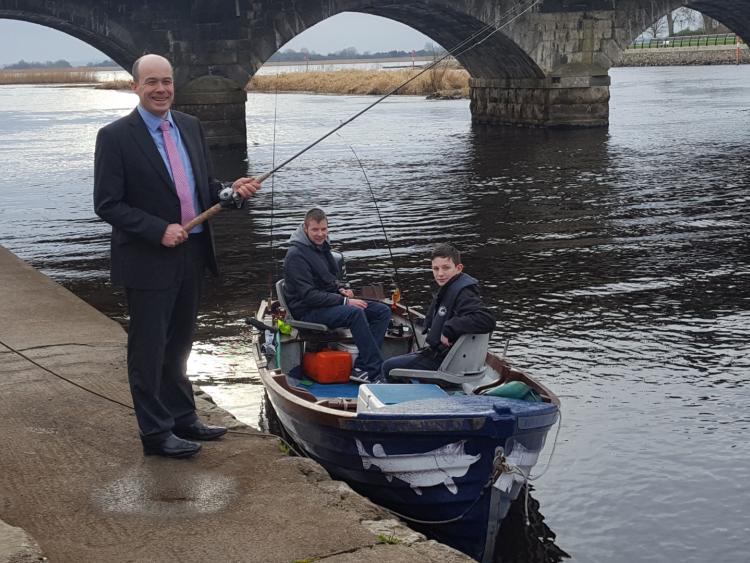 Over 130 anglers from all over Ireland and overseas arrived in the Shannonside town of Lanesboro/Ballyleague last weekend for the International Pike Classic, which brought a boost of over €50,000 to the region

The Lough Ree Angling Hub worked closely with the Camlin and District Angling Club to host the competition, which kicked off on Saturday June 24 and saw anglers take to the water to compete for the €10,000 prize fund.
The top prize of the weekend was won by Lukasz Stankiewicz and Piotr Kaczmarek from Poland.
"We're delighted with the outcome of the first pike festival we've hosted in Lanesboro for ten years,” said Hugh Keane, Chairman of the Lough Ree Angling Hub.
“The success of the event is down to an awful lot of hard work by the Camlin and District Angling Club. We want to thank their members for their successful organisation.
“The staging of this international event is the latest project in the continued renewal of angling tourism in this area.
“We would hope to move on now to attract even more international visitors to Ballyleague and Lanesboro over the next twelve months when we hope to stage an international trout fishing competition.
“We are particularly pleased with the attendance of the highly experienced angling journalist, Pascal Le Herissier, at the event.
“Pascal will bring back the story of the festival to France, where he will present it to an international audience for us.
"We'd also like to thank Longford and Roscommon County Councils for their support and thanks also goes to the people of Ballyleague and Lanesboro for their patience and support throughout the event and preparations."
The event was supported by Inland Fisheries Ireland, Waterways Ireland and Fáilte Ireland as well as Bord na Móna and ESB, Longford and Roscommon county councils and Vincent McGowan Engineering in Lanesboro.
The presentations to the winners, including Lukasz Stankiewicz and Piotr Kaczmarek, took place on Saturday and Sunday night. The event could not have taken place without the hard work of the Camlin and district anglers club.