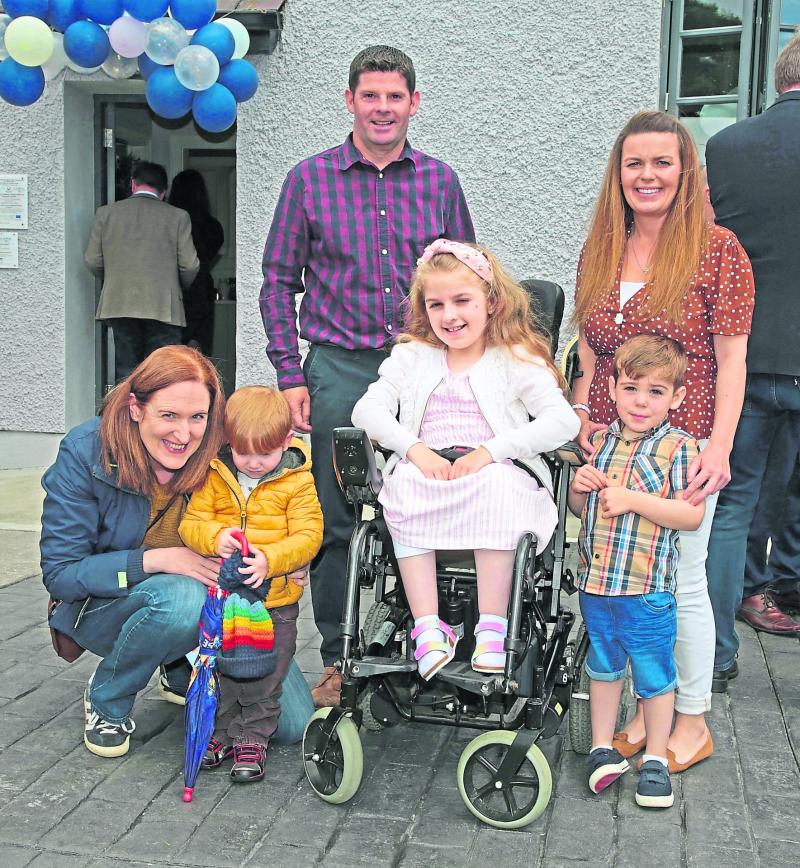 There was a great buzz around Ballycloghan on Saturday night as people gathered to celebrate the revival of a community space.

Ballycloghan Hall has been at the heart and in the heart of the local area for many years.

Originally a two teacher school established in 1847 it has evolved over the last century and a half.

The rich and storied history was added to as the official opening of the refurbished Ballycloghan Hall took place last Saturday (July 2).

Noeleen Doyle, Secretary Ballycloghan Carrickboy Development Association, emphasised the importance of the opening of the community facility: “It's absolutely huge. The closure of the school, the post office, the pub all are blows to a small community. The hall was out of use for the last number of years, because it was so run down, so this restoration is very important to the local community.”

Noeleen said the support of Longford Community Resources and the Leader office were vital in assisting the volunteers to find funding routes to restore the hall: “They were extremely helpful. Particularly Caroline, Margaret and Charlene who helped us prepare our funding application. Longford County Council and the Local Community Development Committee facilitated the work.

“Paul Ross said 'it's not about the hall, it's about the way it has brought the community back together'. Everyone has rowed in, putting up the marquee, volunteering to do their part. That's what has made the difference,” the Development Association Secretary said.

The role a hub like Ballycloghan Hall plays in forging a community cannot be overstated: “We have had a number of new families moved into the area and local families moving back. There's not the same opportunity for them to met and get to know each other. They are all going to different schools; Legan, Ardagh and Colehill. The events held in the hall allow those families to get to know each other. That would not happen as easily otherwise.”

For 60 years the Hall brought people together for bingo, table tennis, snooker, indoor soccer, plays, card drives, cake sales, dances and concerts and political meetings. The committee hopes it will once again be a vital component of the area.

“The refurbishment was completed to a very high standard,” Noeleen says, “We have a new roof and windows. The walls are re-slabbed and insulated. The building has been rewired and plumbed with kitchen and toilets upgraded and painted inside and out.”

Saturday's opening of Ballycloghan Hall is not the end of the journey for the Ballycloghan Carrickboy Development Association: “We are looking to other things in the area. Ballycloghan had become a place people just drive through.

"We set up the group to do the hall, but it certainly won't be the end. We have plans for a derelict site to the rear of some of the houses that is owned by the council. We may develop it in the future. Our vision is to make this a more notable village,” Noeleen concluded.