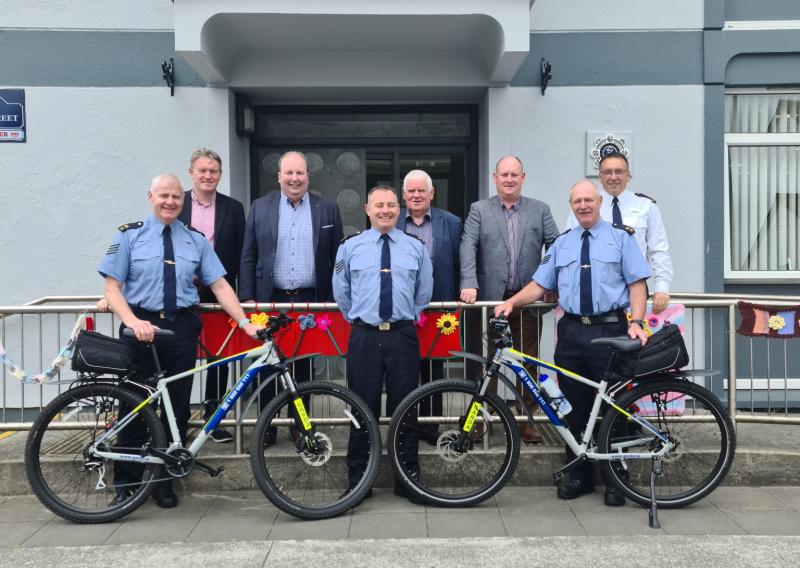 Superintendent Seamus Boyle has refuted claims that Granard Garda Station is to be downgraded in the near future.

Granard Municipal District’s Cllr Paraic Brady last week expressed concern that the station could be downsized by as early as September, stating that any plans to downgrade would be met with strong local resistance.

Superintendent of the Longford and Granard Districts Seamus Boyle, however, confirmed to the Leader this week that there would be no downsizing of the station in Granard.

“There is no plan to reduce resources in Granard. The only change being made is that there will be one superintendent in all of county Longford,” he said.

While that change has not yet been made official, Supt Boyle has been serving as Superintendent of the entire county since he took up his position in Longford last year, while also maintaining his role in the Granard District. He expects it will be made official in the middle of next year.

Senator Micheál Carrigy has also confirmed there will be no downsizing of the station, stating that he held talks with both Justice Minister Helen McEntee and SuptBoyle in the wake of last week’s reports.

“I want to confirm that there will be no reduction of resources in Granard Garda Station this September and that Superintendent Boyle will remain in charge of both districts,” he said.

The Limerick man moved from Dublin and took on the post just weeks after the arrival of Sgt David Charles who moved from Leitrim to take up duty in Edgeworthstown Garda Station.

The District has also been gifted two new mountain bikes in recent weeks, which will see an increase in Garda visibility in the area.

“I want to thank all the councillors of Granard Municipal District for their contribution towards the provision of these bikes,” said Supt Boyle, thanking Cllrs Turlough McGovern, Colin Dalton, Garry Murtagh, Paraic Brady and PJ Reilly.

Pictured above: A welcome boost to Granard Gardaí. Pictured with two new mountain bikes which were provided for the district are Sgt James Rowan, Senator Micheál Carrigy, Cllr Colin Dalton, Sgt Kieran Madigan, who is one of two new sergeants in the Granard District, Cllr PJ Reilly, Cllr Turlough McGovern, Sgt Mick Hogan and Superintendent of the Longford and Granard Districts Seamus Boyle.