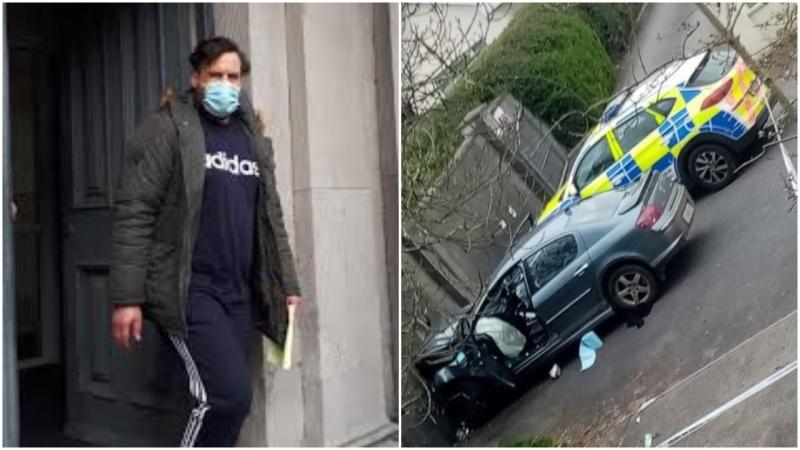 A father of two who was found with 22 empty beer cans in a car and almost 11 times over the legal limit after crashing into a wall following a high speed garda chase in Longford town has been sentenced to three years in prison.

Thirty-six-year-old William Lawrence, with an address at Cloncovid, Kilcogy, Cavan, appeared at a sitting of Longford Circuit Criminal Court today arising from an incident on March 22, 2021.

The court heard how Garda John Hanley and Garda Ronan Nevin came across the accused after responding to reports of a suspected drunk driver being in the vicinity of a local housing estate.

Well wishes and messages of support have been extended to former long serving Longford Town councillor Christy Warnock who is battling serious illness in hospital.

Upon their arrival, both officers witnessed a grey coloured Peugeot saloon being driven by the accused reversing out at high speed from the O’Connor Park area of town without any regard to oncoming traffic.

Both gardaí took off in pursuit of the vehicle, activating the patrol car's flashing blue lights in an attempt to intercept it as it sped off down St Mel's Road and towards a busy junction along the Ballinalee Road.

When the vehicle reached the end of the road, the car in question continued to drive at excessive speed, failing to stop on multiple occasions despite repeated attempts by both garda officers.

As the car became held up in traffic at a junction adjoining the town’s Ardnacassa estate, both gardaí exited the patrol car to speak to the accused.

It was at that stage, the court heard, Mr Lawrence put the vehicle into reverse at speed and mounted a kerb.

Garda Duffy, it was revealed, attempted to open the driver’s side door, but as he did so, the accused drove straight at the garda, causing him to jump out of the way.

“This was an extremely dangerous manoeuvre which endangered the life of Garda Duffy,” said Judge Keenan Johnson.

The court was also told that during those attempts to apprehend the accused, Garda Hanley reached in the driver’s window in a bid to take the keys out of the vehicle’s ignition.

Despite those attempts, the accused “revved the engine” and drove off at high speed, resulting in Garda Hanley’s hand becoming caught in the driver's side door window, almost dragging him along the road as the accused attempted his getaway.

The car continued to drive down the wrong side of the road, mounted a kerb and forced oncoming traffic to take evasive action before entering Ardnacassa.

The court was informed the accused was found to be travelling at speeds of approximately 80km/hr and as pedestrians walked along both sides of the road.

The high speed chase proceeded into the nearby Ard Aoibhinn estate where Mr Lawrence rammed the onrushing patrol car in what Garda Hanley, in a victim impact statement, described as an intentional manoeuvre and one that put both his and Garda Duffy’s life in danger.

Seconds later, the car pulled away, mounted another kerb at speed as both gardaí followed in pursuit.

The chase, which lasted a total of 13 minutes, eventually came to a halt when the accused lost control and crashed into a wall just yards from a local creche.

When gardaí removed Mr Lawrence from the car they found 22 empty cans of Carlsberg inside.

Mr Lawrence was taken by ambulance to Tullamore's Midland Regional Hospital where a blood alcohol specimen was taken two and a half hours later which returned a reading of 235mg of alcohol per 100ml of blood.

It was a reading, the court was informed, which showed the father of two was ten and a half times over the legal limit.

Mr Lawrence told gardaí in interview he could not remember the incident or being pursued by gardaí due to his level of intoxication, adding he had been drinking for two days beforehand.

It was also confirmed Garda Hanley suffered serious injuries as a result of the incident and has not returned to duty since.

“I felt I was going to be killed and I still see it to this day," he said, adding how the incident had left him unable to help out at home in caring for his two young children.

Judge Johnson said it was abundantly clear the accused was “out of control” and it was only as a consequence of sheer luck that no one was killed on the day.

“There is little doubt that both Garda Duffy and Garda Hanley were put in extreme danger by the actions of the accused,” said Judge Johnson, as he paid tribute to both officers’ bravery.

“It is clear that the accused was out of control on the date in question and created danger not only to the Gardaí but also to the public and innocent road users.”

He sentenced Mr Lawrence to four and a half years in prison, suspending the final 18 months for a period of four years.