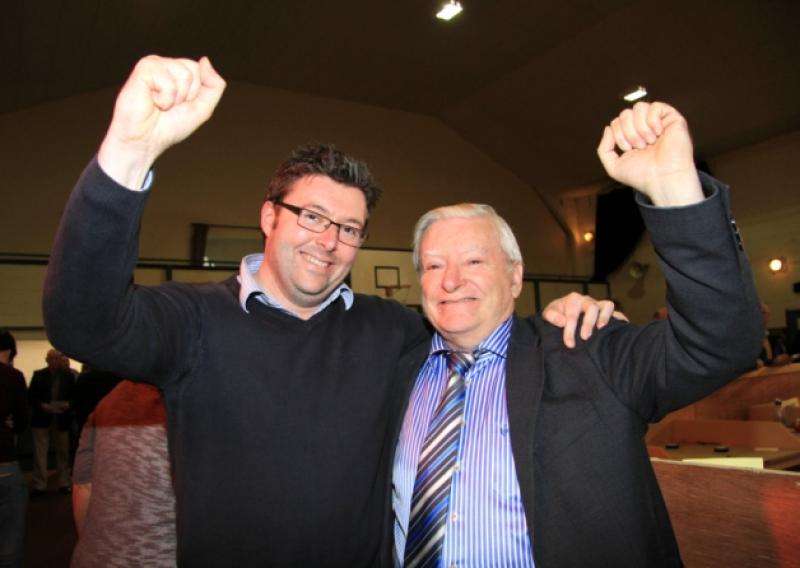 Well wishes and messages of support have been extended to former long serving Longford Town councillor Christy Warnock who is battling serious illness in hospital.

The much loved and deeply respected 79-year-old is currently in a critical condition in Dublin’s Mater Hospital’s intensive care unit.

A multi time former mayor of Longford Town Council, Mr Warnock is widely regarded as one of the finest and most esteemed of local politicians the county has ever produced.

First elected to the chamber of Longford Town Council in 1979, Mr Warnock enjoyed a 15 year uninterrupted spell before losing his seat in 1994.

He stepped down in May 2011 as Longford Town Mayor with his son Gerry taking on and proudly upholding the Warnock family name in local politics ever since.

Fine Gael Cllr Gerry Hagan led the many get well wishes at a meeting of Longford Municipal District yesterday, describing the former Independent representative as a “hugely respected” former councillor and a “gentleman through and through”.

Fianna Fáil Cllr Seamus Butler agreed, insisting there could be no denying the indelible political imprint Mr Warnock had left on the town of Longford.

“Christy is a stalwart of the town,” he said.

“Hopefully and please God he comes out of this as well as possible.”

Mr Warnock’s son Gerry, thanked his fellow colleagues for their kind words and to the wider public for the many messages of support both and his family have received over the past two weeks.

Fighting back tears, Cllr Warnock described his father as a “fighter” and one who was continuing to do just that under the watchful eye of medics in hospital.

“ It’s been a very difficult couple of weeks for us all,” said Cllr Warnock.

“Dad was very ill, critically so at one point.

“He is currently in the Mater in intensive care.

“I kid you not, I have fielded literally hundreds of calls over the last couple of weeks of  people who respect my dad and respect the work he did over 30 years as a councillor and the legacy he left and the impact he left on a lot of local families.

“ It’s very, very humbling for us as a family that these people still remember my dad with fondness and in their prayers.”