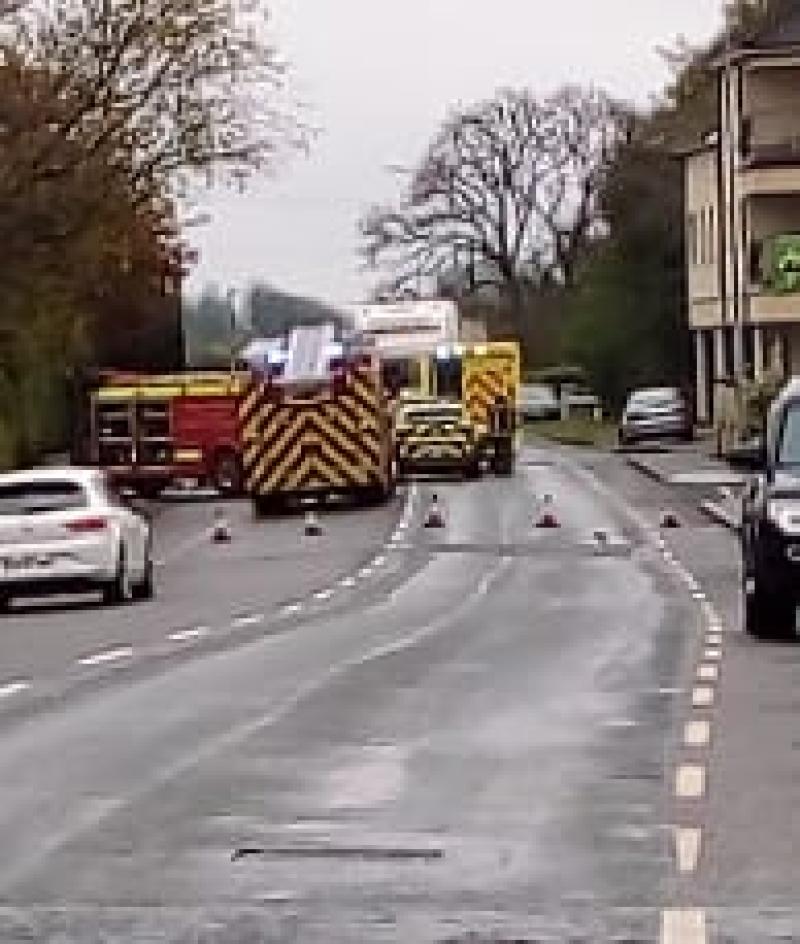 The scene of the accident in Granard this morning

A woman in her forties has been airlifted to hospital following a collision between a lorry and a car in Granard this morning.

The incident occurred at around 10:30am on the outskirts of the north Longford town directly across from the former Granada Dance Hall.

Emergency services rushed to the scene where they tended to the stricken woman and a young child who was also injured.

The lorry driver is understood to have been uninjured with gardaí closing off the road pending a full technical examination of the scene.

Gardaí are hunting for a gang of men who allegedly assaulted another man in broad daylight in the middle of Longford town yesterday (Thursday) afternoon.

An air ambulance arrived at the nearby Cnoc Mhuire Secondary School shortly afterwards before the woman was taken away for what have been described as serious injuries.

A statement from the Garda Press Office said: "Gardaí and emergency services are currently attending the scene of a road traffic collision on the Ballyjamesduff Road at Granard, Co. Longford, 30th April 2022.

"The collision involved a car and a lorry.

"A woman aged in her 40s was taken from the scene to Mayo University Hospital to be treated for serious injuries. A female child was treated by emergency services for non-life threatening injuries.

"The road is closed between the R396 and the N55 junctions with diversions in place."