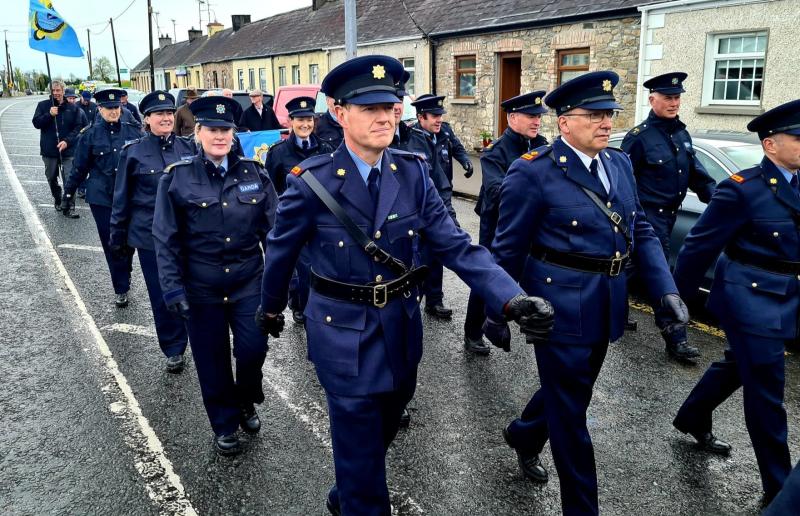 It has been a full century since the first Garda recruits made their way to the RDS to begin their formal training and An Garda Síochána has been commemorating its centenary with various events since the start of the year.

As part of the celebrations, local Gardaí took to the streets of Granard and Roscommon on Sunday and marched in parades to commemorate 100 years since the establishment of An Garda Síochána.

Led by the Garda Band, local Gardaí were accompanied by the Western Region Ceremonial Drill Unit, the Garda Mounted Unit, Roads Policing Unit, as well as representation from retired members.

Superintendent Seamus Boyle told the Longford Leader that the parade was “a great opportunity for local members of An Garda Síochána to commemorate 100 years of service to the citizens of Ireland”.

He said it is “important to recognise the political climate of Ireland 100 years ago and how an unarmed police force has kept the blue line with the will of the people” since the beginning.

“How lucky am I to be the Superintendent in County Longford for our centenary celebration, especially when I’m a native,” said Supt Boyle.

“I was so proud of the parade, the gardaí and retired members who turned out.”