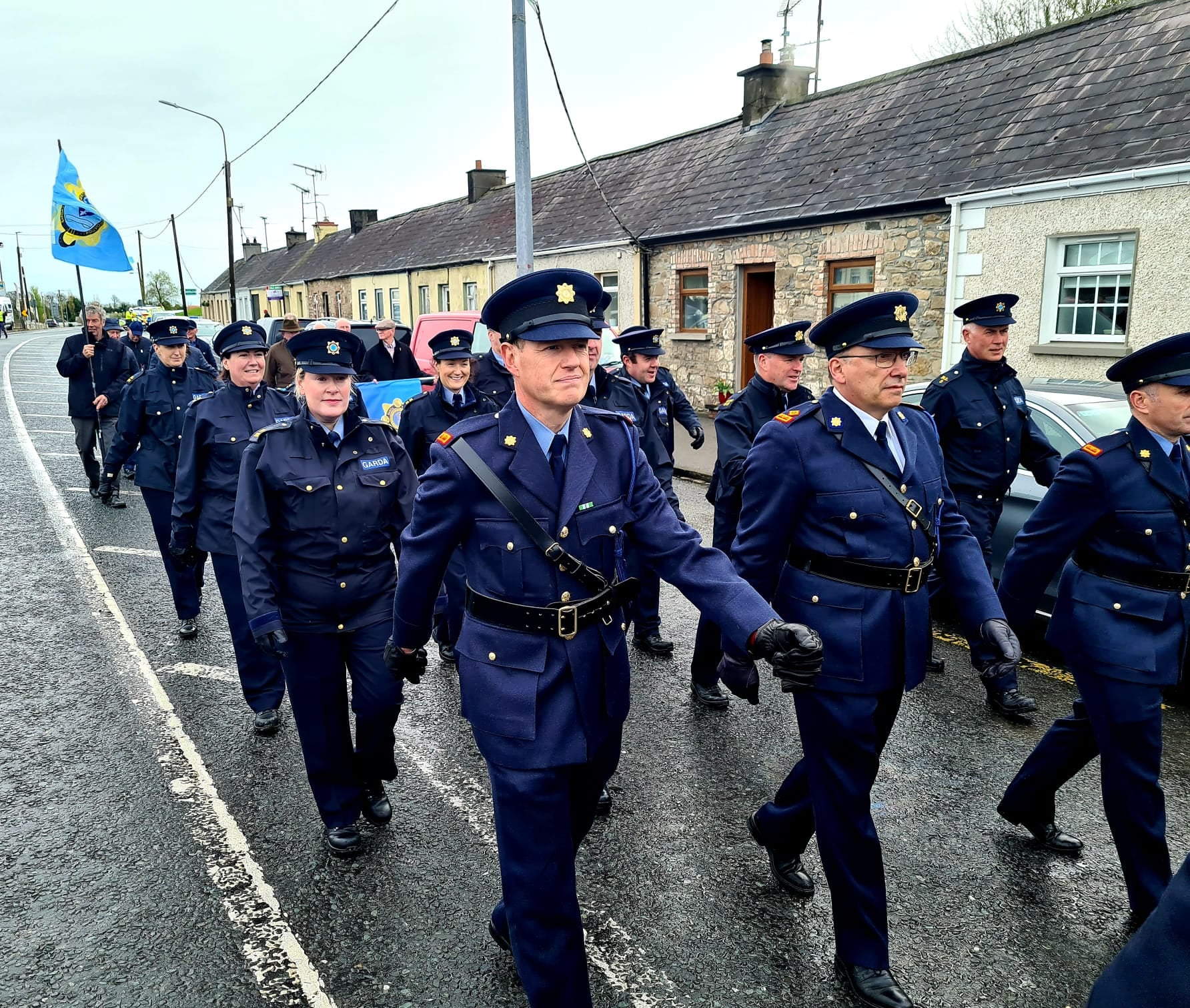 Spirits were high in Granard yesterday as crowds gathered for the Easter parade which made its way through the town yesterday.

As part of the celebrations, local Gardaí marched to commemorate 100 years of An Garda Síochána, which was formed in 1922.

As part of An Garda Síochána’s centenary celebrations, Gardaí from the Roscommon/Longford division marched in Easter Sunday Parades in both Roscommon and Granard.