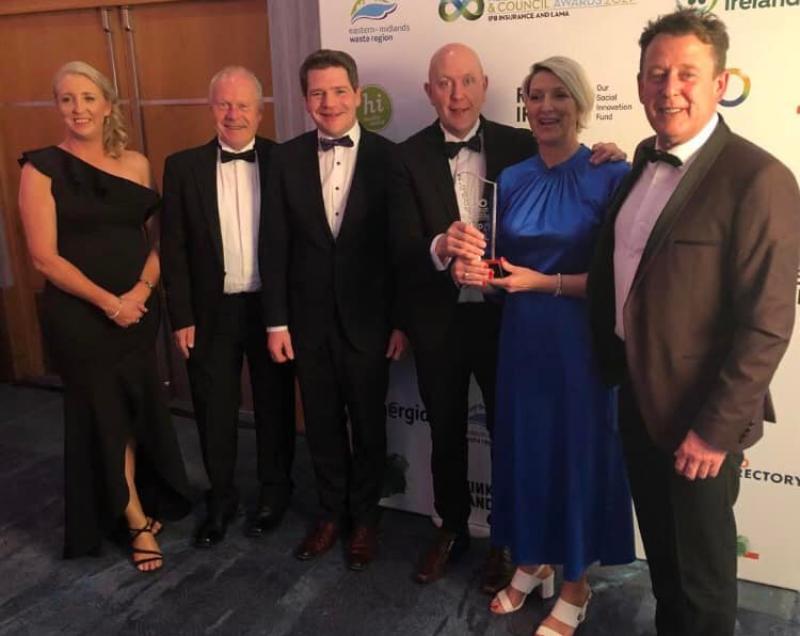 The Royal Canal Greenway has been announced as the winner of the award for the Best Tourism Initiative at the 2021 All Ireland Community and Council Awards.

The Royal Canal Greenway received recognition in its category at the rescheduled awards ceremony, which took place on Saturday 09 April 2022, at the Crowne Plaza, Dublin Airport.

Sponsored by Fáilte Ireland, the Best Tourism Initiative award seeks to recognise an initiative which directly increases visitor numbers to an area or to Ireland as a whole and its overall impact on visitors, communities and new and existing businesses.

John McDonagh, Chief Executive, Waterways Ireland, said: “We are pleased to see the All Ireland Community and Council Awards recognise the potential of this phenomenal asset, which, thanks to the relatively level towpath is suitable for walkers, runners and cyclists.

“Launched in spring 2021, the greenway is in its infancy yet continues to impress visitors from across Ireland and beyond and has already contributed immensely to the local tourism industry.

“As we continue to further enhance the offering for those who visit the greenway, we are encouraged by the recognition received by these awards.”

The Royal Canal Greenway, recently celebrated its first birthday announcing that over 600,000 visits had taken place since its launch in March 2021 deriving €17.2m for the local economy.

It is the longest greenway in Ireland, stretching across four counties and runs through both Ireland’s Ancient East and Ireland’s Hidden Heartlands.

It was developed by Waterways Ireland in partnership with the four Local Authorities of Kildare, Meath, Westmeath and Longford.

Longford County Council Chief Executive Paddy Mahon said “A deserving winner, the Royal Canal Greenway has already proved itself to be greatly valued by the people and businesses of County Longford, as well as our many visitors.

“It is great to see this fantastic amenity get the accolades it has truly earned. We look forward to the continued development of this impressive greenway.

“We also look forward to welcoming even more people to the Royal Canal Greenway on foot of this great endorsement from the All Ireland Community and Council Awards.”

The enchanting Royal Canal Greenway is 130km of level towpath, and starting from the trailhead in cosmopolitan Maynooth, which is 25km east of Ireland’s capital city Dublin, it follows the canal as it passes through the pretty towns and villages of Kilcock, Enfield, Longwood, Killucan, before reaching the busy market town of Mullingar.

At Keenagh, the trail either continues along the Royal Canal to where it meets with the Shannon, Ireland’s longest river, at the tranquil harbour village of Cloondara, or heading north, follows the Longford Branch of the Royal Canal, to the bustling town of Longford.

For more information on the project please visit royalcanalgreenway.com.