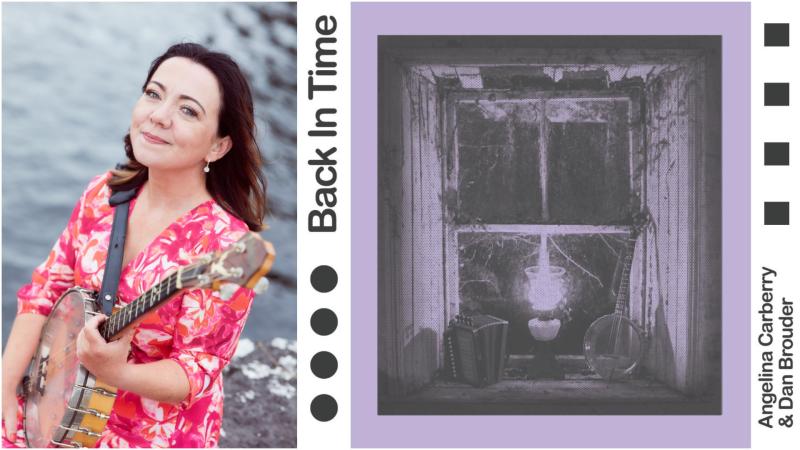 The very successful ‘Longford Live and local’ music and arts programme has returned. The Spring into Summer season will see a range of shows, spectacles, music, cultural, community and entertainment events.

Funded by The Department of Tourism, Culture, Arts, Gaeltacht, Sport and Media, an action-packed programme of events running from mid-February to end of June has been put together with full details set to be announced in the coming weeks.

In the meantime, there is plenty to keep everyone entertained. Proceedings started over two weeks ago with stunning lantern installation ‘The Light Brigade’ at Connolly Barracks as part of Faoin Spéir.

On Saturday, 12 March in Backstage Theatre, the new album ‘Back in Time’ by Angelina Carberry and Dan Brouder will be launched following its postponement due to heightened COVID-19 numbers in January. Ballymahon Trad Hub, of Music Generation Longford, will be supporting Angelina and Dan on the night.

Carberry and Brouder have a well-earned reputation as a banjo/accordion duo who let the tunes do the talking. Angelina was crowned TG4 Traditional Musician of the Year 2021, and her playing is characterised by honesty, freshness and a delicious lightness of touch that elevates the tunes so that they soar with ease. This is a family affair, with three generations of the Carberrys trading notes.

The pair’s ability to strip a tune back to its essence is writ large on their reading of the march, Burn’s farewell, which they marry seamlessly with a pair of jigs learned from the playing of the late Longford fiddler, Packie Dolan. Many tasty arrangements feature Carberry on tenor guitar as well as tenor banjo, bodhrán, pipes, flute harp and some fine step dancing.

An all local affair, their album was recorded by Paul Gurney in Real Worlds Studio, Co Longford during the lock-down. They are joined on stage by John Blake, Ruairí McGorman and other musicians from the region.

Booking is required for this revival of the rich musical heritage of Co Longford and the Midlands. Tickets are available via Backstage.ie.

Follow Longford County Council and Longford Live and Local on social media for the latest news and information on the programme.