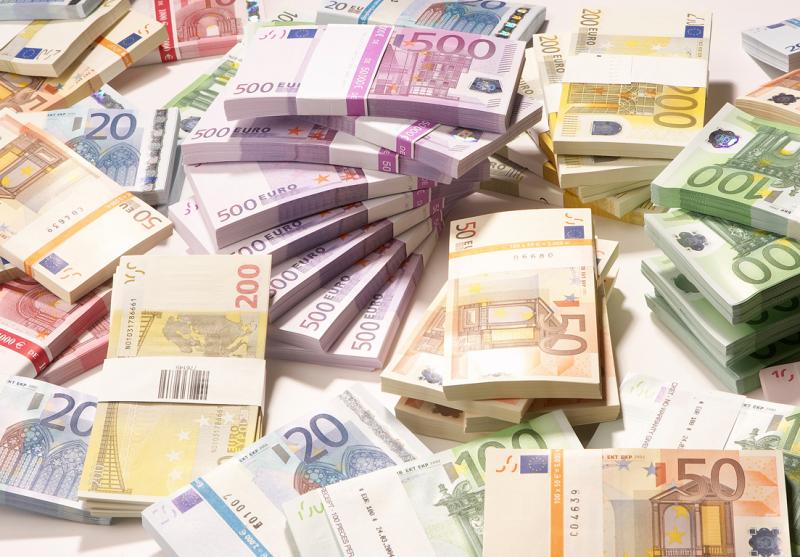 Eleven Longford projects are to receive funding of €96,000 under the Built Heritage Investment Scheme.

Minister of State for Heritage and Electoral Reform, Malcolm Noonan TD today announced that 512 heritage projects across every county in the country will benefit this year from €4m in funding through the Built Heritage Investment Scheme (BHIS) administered by the Department of Housing, Local Government and Heritage.

The projects to receive funding include 11 across in Longford: 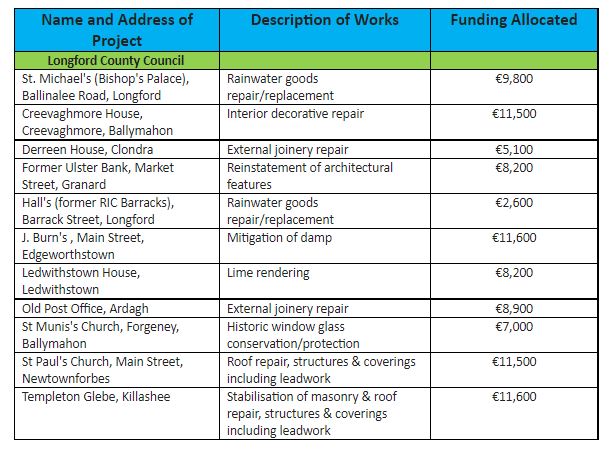 Minister of State for Local Government, Peter Burke, TD, also welcomed the announcement, stating: “The continued success of the Built Heritage Investment Scheme highlights the efforts of the Local Authorities, particularly the Architectural Conservation Officers, Heritage Officers and planning and administrative staff, and the close working relationship they have with the Department. I’m delighted to see 11 projects in Longford have been granted funding. Once again, the BHIS will fund conservation work on many projects within our towns, in line with this Government’s commitment to put Town Centres First.”

Through grants of up to €15,000, the BHIS assists owners of heritage structures – including those on the local authorities’ Record of Protected Structures and those in Architectural Conservation Areas – to meet their obligations to care for their properties.

The funding can be used to undertake repair work, contributing to the upkeep and maintenance of heritage structures. Examples include roof, wall and joinery repair, draught-proofing windows, lime rendering and the repair of stained-glass windows.

The scheme is not limited to private dwellings and also provides assistance to a wide range of other important heritage structures – this year’s BHIS includes awards to historic landmarks including Blarney Walled Gardens in Cork; Slane Castle, Co. Meath; St Canice’s Deanery in Kilkenny; and Bus Áras, Dublin as well as historic houses, church buildings, mills, and a former fever hospital.

The protection of our built heritage was one of the priorities in the recently-published cross-government strategy for the protection of Ireland’s heritage, Heritage Ireland 2030.

Furthermore, partnership is a key theme of Heritage Ireland 2030, and the BHIS is one of two built heritage funding schemes, run in association with the 31 local authorities and their Architectural Conservation Officers and Heritage Officers,  working in partnership with the Department to protect our built heritage.

Also included under the BHIS 2022 is a continuation of a micro-grant stream introduced in 2020 to increase the resilience of historic structures to withstand the effects of climate change. This allows local authorities to make smaller awards to owners of historic properties to carry out routine maintenance to offset the impact of climate change on their buildings.