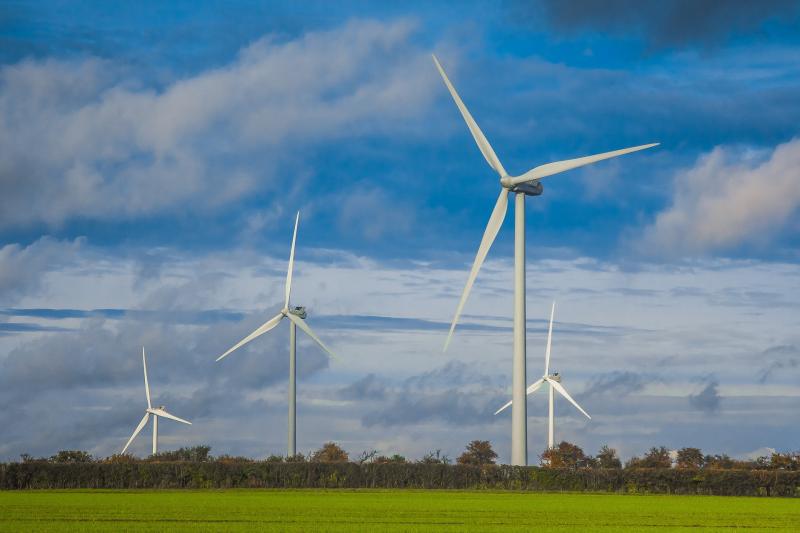 Bord na Móna has confirmed it is to review its proposals for a wind farm development in south county Longford with a view to lodging a new planning application within the next year.

The news comes less than a fortnight after both An Bord Pleanála and Bord na Móna withdrew their possible appeals against a High Court Judge’s decision to quash a planning permission granted to a subsidiary of Bord na Móna to build the substantial wind farm, comprising twenty-four 185 metres high turbines.

Bord na Móna says that it is committed to liaising with the local community on its proposals for the development and is beginning to contact local residents this week.

It is understood that letters were received by some residents on Wednesday of this week, and reacting to this, a spokesperson for the 'No to Derryadd Wind Farm Community Group' posted on their Facebook page, "Not surprising, but disappointing given the amount of species of conservation on these bogs particularly during a declared biodiversity emergency.

"It has been clearly highlighted time and time again of the importance of these lands & their ability to answer so many declared emergencies along with the Just Transition.

"We encourage everyone to immediately contact their local TD's & Senators on this & highlight your concerns."

Planning permission was granted by An Bord Pleanála for the 24 turbine Derryadd Wind Farm project (which has already secured grid capacity) in June 2020. That decision was subsequently overturned by the High Court earlier this year on a point of planning law.

John Reilly, Head of Renewables, Bord na Móna, said, “Following detailed review of options, it was decided that over the coming months the project team will be advancing the project design to form part of a new planning application.

"The proposed design will incorporate key elements of the proposed Mid Shannon Wilderness Park, which is fully supported by Bord na Móna, in the form of amenity trails throughout the site.

"It is very important to us that we balance our land bank development so that we can leverage the opportunity to deliver a sustainable source of energy for local businesses and residents while at the same time providing natural amenities for people to enjoy."

Mr Reilly pointed to Mountlucas near Daingean in Co Offaly where the company has successfully delivered a project combining wind energy, amenity, and peatland rehabilitation as a model that can also be achieved across the Mountdillon Bog Group.

He remarked, “We are currently rehabilitating peatland at Derraghan which will increase biodiversity to be enjoyed by visitors to the Mid Shannon region. Our experience at Mountlucas and at Lough Boora, which is now a top recreation destination, will be invaluable as we deliver a project that meets Ireland’s energy infrastructure needs and promotes and protects our natural environment.”

Bord na Móna say that the proposed wind farm will be just 1% of the total land area of the Mountdillon Bog Group.

The company says the proposed development will contribute to both Ireland’s and the European Union’s renewable energy targets. It will also contribute to increasing the security of Ireland's energy supply and will facilitate a higher level of energy generation and self-sufficiency.

Once the design team complete their work, Bord na Móna will host a series of community engagement sessions with local communities adjacent to the proposed development to discuss the proposed Derryadd Wind Farm project. Details of these sessions will be advertised in due course.

Mr Reilly said Bord na Móna is committed to keeping the local community informed about the project as it progresses and will be providing residents with updates over the coming months. "In the meantime anyone who would like any further information on the proposed development, can visit the website www.derryaddwindfarm.ie;  can contact the project’s Community Liaison Officer – James (087-7087022) or email the project team at: derryaddwindfarm@bnm.ie."