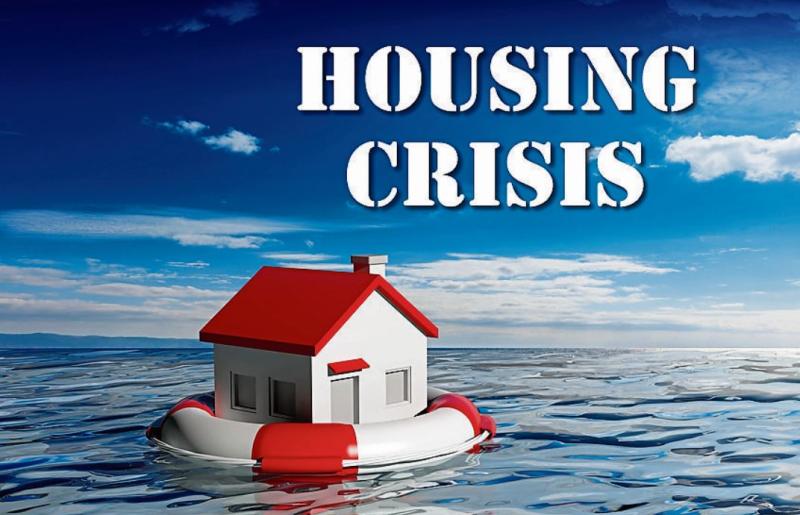 Longford's housing woes came under the spotlight again this week

Cllr Warnock cited how one couple, whose joint income left them €2,000 above the required levels for State backed assistance, had been left with no other option but to cut their present day take home pay in half.

“This guy since and he has literally given up his job, he has walked away from his job so that at some stage over that new 12 month window to qualify for housing supports,” said Cllr Warnock.

“This guy had to make a choice between going out and doing some kind of meaningful work or give up his job and maybe qualify for housing supports at some stage down the road.”

The Independent councillor raised the topic at the monthly meeting of Longford County Council.

He said the scenario now confronting a growing number of middle income families was “morally wrong” and placing further strain on hard pressed households that are already struggling to make ends meet in the face of an unprecedented rise in the cost of living.

Cllr Warnock said the situation was being exacerbated at central government level over ongoing fears that Longford could be omitted from launching an affordable housing scheme of its own under the State’s ‘Housing for All’ model.

“It’s absolutely shocking that we are living in a society where this is stopping people from meaningful employment in order to obtain basic housing supports,” he said.

“Imagine having to give up your job,” she said.

“These are jobs that are hard found and given them a quality of life they are entitled to but in order to get on a housing list that’s the choice they have to make. It’s wrong, it’s very, very wrong.”

Fellow Fine Gael Cllr Paul Ross described the present measures as “anti-family” and revealed how he was now advising young couples in need of State assistance to refrain from getting married if they were intent on ever securing their own home.

“The reality is if someone comes to us to get a house they can’t be married or be working because anyone that’s working or married is over that income threshold.