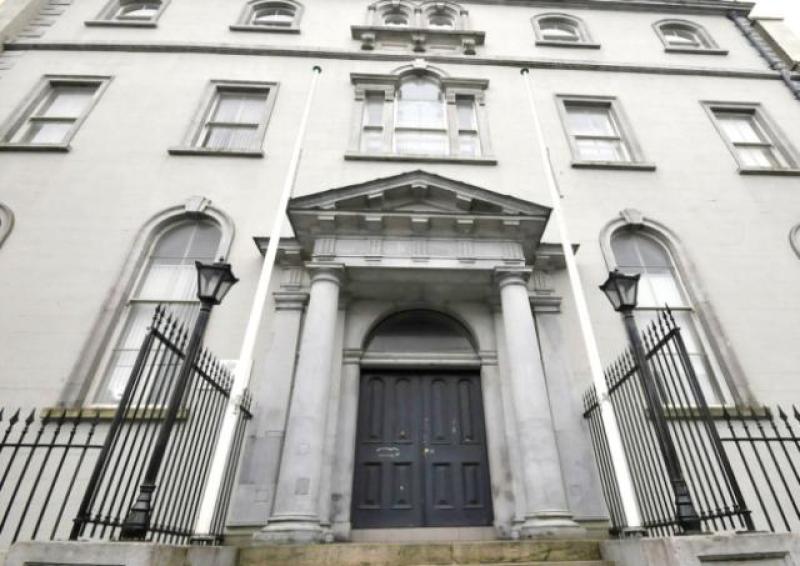 The twelve-person jury in the trial of a man charged in relation to an alleged stabbing incident in December 2018 has begun its deliberations following extensive evidence given over the course of a three day trial at Longford Circuit Court.

Denis Hannifin, of Curry, Athlone Road, Longford, is charged with affray, assault, production of a knife, possession of a knife and intentionally or recklessly causing harm to Denis McGinley at Longford Shopping Centre.

In his closing speech, Mr Shane Geraghty, on behalf of the state, explained that the suggestion of self defence "doesn't fly" in this situation, noting that Mr McGinley "is no shrinking violet", but has already pleaded guilty to his involvement in the incident.

"Mr Hannifin had a knife in his pocket. We're talking about Christmas time in Longford, in a shopping centre," said Mr Geraghty.

"He had armed himself with a knife. So self defence just doesnt fly. A knife is a deadly weapon. Yes, he was being punched. Yes, he was entitled to use reasonable force. But the first thing he does is introduce a knife in a vicious way.

He implored the jury to remind themselves of Mr Hannifin's Garda interview in which he said he had thrown away Mr McGinley's phone. However, yesterday, Mr Hannifin handed that same phone in to the court.

Mr Barry White, barrister for the defence, began his closing speech by telling the jury that "legislation provides that a person is entitled to defend themselves and they're entitled to a degree of force in self defence".

"You might be familiar with the expression 'fight or flight'. There was no opportunity for flight. You have a man, bigger than you, stronger than you, younger than you. What would you do?" he asked the jury.

"Would you just stand there like a punching bag? The only thing that is reasonable in the circumstance is you defend yourself. That is no more than Mr Hannifin did. He defended himself against a vicious assault.

"If Mr Hannifin was acting in self defence, then there is only one answer to all the questions on the indictment - not guilty."

Mr Tallat Ejaz, a surgeon at Mullingar Regional Hospital, was called to give evidence first thing this morning regarding the condition of Denis McGinley on the evening of December 7, 2018.

Mr Ejaz told the court that he examined Mr McGinley on December 7, 2018, when he arrived at A & E with "multiple stab wounds".

He said one wound was almost 33cm in length, starting to the right of the left nipple and going along the lateral side of the chest. The bones in Mr McGinley's rib cage were visible but the intercostal muscles were intact, he said. There was damage to the right pectoral muscle and the right lateral muscle.

A second wound on Mr McGinley's left arm was 25cm in length and there was a small loss of sensation but "no major nerve damage".

A third wound, approximately 4cm long on Mr McGinley's left armpit, was a "skin deep wound" and there was no muscle damage, while an 8cm long wound beginning between his eyebrows and extending upwards was also a skin deep wound.

"When he arrived, he was bleeding profusely. That's why we looked at him straight away, without delay," said Mr Ejaz, who said Mr McGinley was brought from A&E straight to surgery.

"Although his injuries were not life threatening, he was bleeding profusely and if there was no surgery, he would bleed to death."

A phone furnished to the prosecution yesterday was analysed overnight by Garda Michael Bonner, who is Telecommunications Liaison Officer with the Roscommon Longford Division of An Garda Síochána.

Two reports were furnished to the court this morning, detailing the call log of the Samsung Galaxy S6, and a summary of data from a call recording application, which was installed on the phone.

Each outgoing call, Gda Bonner confirmed, begins recording from the dial tone, while each incoming call is recorded when the call is answered.

Drawing Gda Bonner's attention to a call made to a number listed as 'Daddy', Mr Geraghty noted the call took place just minutes before the altercation and lasted three minutes and 17 seconds.

However, only one minute and four seconds of this call was recorded.

The recording was played in court yesterday, where Judge Francis Comerford and a jury of twelve people heard a conversation between two men in the moments before Mr McGinley and Mr Hannifin met just inside the entrance to Longford Shopping Centre that night.

"Make sure he doesn't have a knife, because he probably will," were words spoken by a man, presumed by the defence to be Mr McGinley's father.

"He probably will but I'll knock sparks out of him before he gets a chance to use it," said the other man, presumed to be Mr McGinley.

Mr McGinley, who maintained a stance that he had spoken to no member of his family in the lead-up to the incident, save for his sister Shirley, told defence barrister Barry White yesterday that he did not recognise either of the voices on the recording, nor did he remember having the conversation. He did, however, confirm that the phone was his.

The call recorder application, Gda Bonner told the court, has a number of functions, including an edit function, which he said allows the user to edit a call.

An incoming call just before 7pm on December 7, 2018, from a contact in the phone called Princess Shirley New, lasted 15 seconds, according to the call log records. This call, Gda Bonner confirmed, does not appear on the extraction report from the call recorder application.

Mr White, in his cross-examination, asked Gda Bonner if he, himself, had checked the edit function on the app. When Gda Bonner said that he had not, Mr White asked if it were possible that Mr McGinley could have controlled when the call started recording. Gda Bonner agreed that this was a possibility.

"Apparently, Mr McGinley dropped that phone. Are you aware of what effects dropping a phone might have?" asked Mr White.

"Or the call could abruptly end," said Mr White, "and there's no way of determining who finished the call or if it finished because the phone was dropped."

Garda John Fitzmaurice, when recalled to give evidence, explained that he examined the call recording application on Mr McGinley's phone overnight.

He said he listened to a number of recordings to confirm that the application began recording outgoing calls from the beginning of the dial tone, and incoming calls began recording "within a split second" of the call being answered.

"Did you look at the edit function?" asked Mr Geraghty.

"Yes. It appears to allow you to snip sections off the call. I didn't physically do it, but the option exists," said Gda Fitzmaurice.

"I would've had to interfere with the calls to do that, which would have interfered with evidence."

The jury began its deliberations at approximatelt 5.20pm today. They will continue to go over evidence tomorrow.