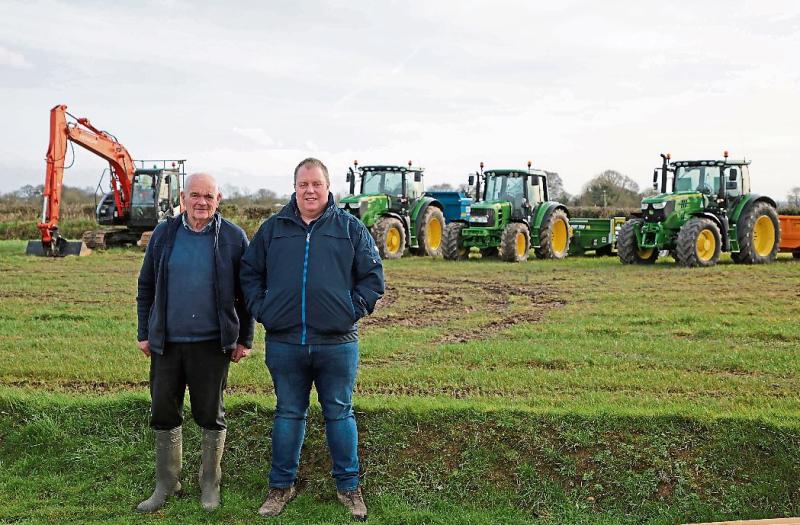 John and Shane Keenan who had a lucky streak in recent weeks, winning almost €400,000 worth of equipment in two separate draws Picture: Shelley Corcoran

They say lightning never strikes twice but luck was on the side of Longford father and son, John and Shane Keenan who hit the jackpot in not just one, but two online agri-machinery draws.

Over the course of two draws in January, John and Shane won close to €400,000 worth of equipment, picking up a Hitachi digger and low-loader, a John Deere tractor and a trailer in the first draw, and two John Deere tractors, a slurry tank and agitator in a second draw just a week later.

Speaking to the Longford Leader since he big double-win, Shane explained that he and his father started buying tickets “due to the lockdowns with Covid and nothing to do”.

WATCH LIVE: Track the path of Storm Eunice as it bears down on Ireland with dangerous conditions forecast

“My dad and I started buying the odd ticket here and there. We never thought we would ever come up but it passed the time,” he said.

“We couldn’t believe our luck. It was fantastic to win once but to win twice was phenomenal. We still can’t believe it.”

With over €400,000 worth of machinery to their names, Shane and John plan to keep some of the equipment and sell the rest.

As for draws, Shane says they won’t be ignoring them going forward, so who knows what could come their way?

“Yes, we will still buy (a ticket) here and there sure why not?” Shane concluded.