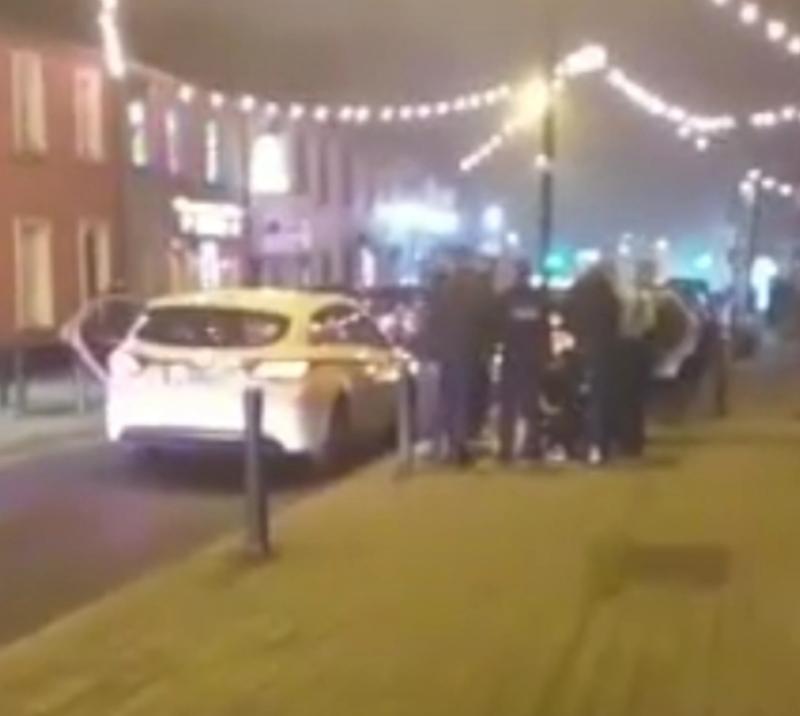 Gardai at the scene of last night's incident on Dublin Street

As first reported by the Leader last night, the 28-year-old Longford man was arrested following an alleged disturbance along the town's Dublin Street area yesterday evening.

He was later arrested after a number of gardaí were called to the scene and brought to Longford garda station for questioning.

He was subsequently charged with four public order related offences and appeared at a sitting of Athlone District Court this morning.

Among them included alleged threatening and abusive behaviour charges and failing to comply with the direction of a garda.

The man was consequently granted bail and is due to appear back before a sitting of Longford District Court on January 18.