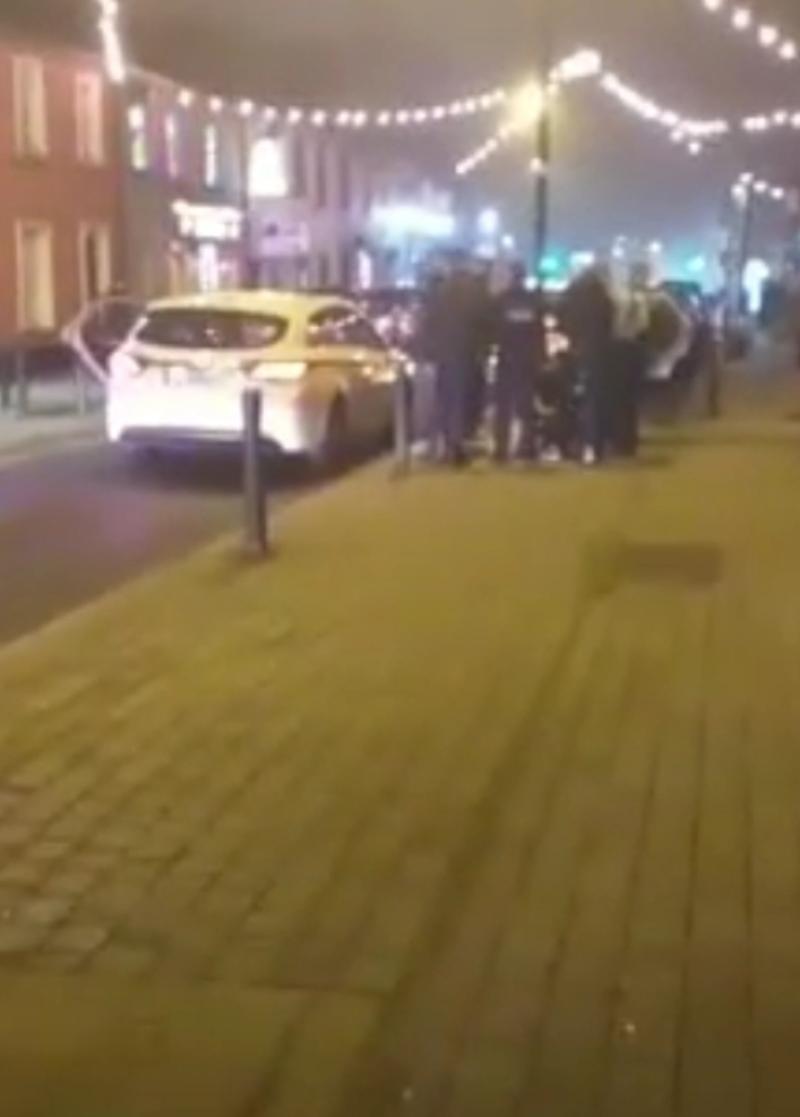 Gardai at the scene of this evening's incident

A man is in garda custody this evening after a violent public order incident in the middle of Longford town.

A number of officers were called to an alleged disturbance along the Dublin Street area of town shortly after 8pm.

That resulted in a man in his 20s being arrested at the scene and transferred to Longford garda station where he remains in detention this evening.

A video appearing to show a number of officers attempting to restrain the man on the ground during the incident was later posted on social media.

A garda spokesperson confirmed to the Leader this evening that enquiries, though at an early stage, were ongoing.