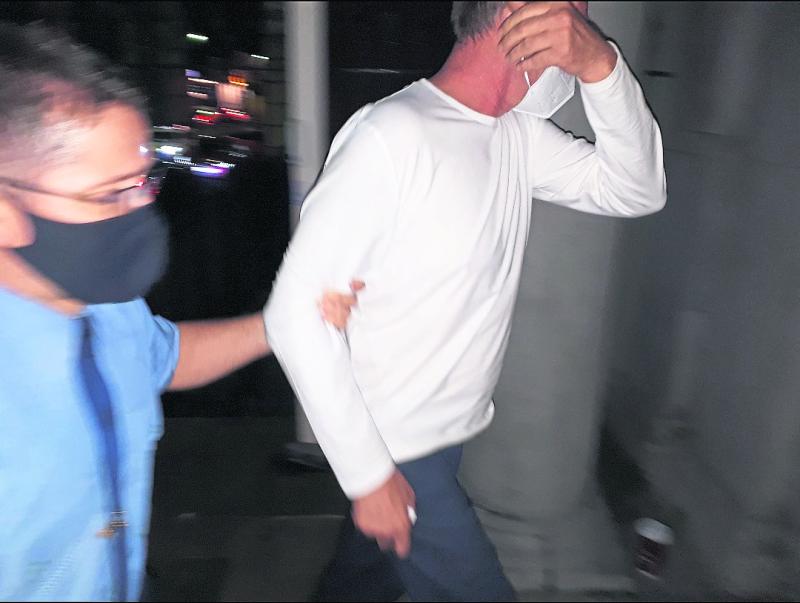 A Lithuanian man accused of allegedly stabbing another man during an altercation at an apartment in Longford town last month has been remanded in custody with consent to bail.

Mr Sibika, the court was told had been in custody ever since with last Tuesday’s sitting being the first time a formal application for bail had been made since his arrest.

Garda Peter Doherty told Judge Bernadette Owens a file had been completed and was sent to the Director of Public Prosecutions (DPP) for directions.

Sgt Mark Mahon, for the State, said the prosecution would be objecting to bail under both Section 2 of the Bail Act 1997 and O’Callaghan Rules.

He added there was also a possibility of more serious charges being levelled on Mr Sibika as a result of the alleged incident.

The court was also told there was a fear over potential witness interference with Sgt Mahon alleging the victim was “too afraid” to attend last Tuesday’s sitting.

In defence, solicitor Frank Gearty said it will be his client’s position that the injuries sustained by the victim were as a consequence of Mr Sibika defending himself.

Mr Gearty also said the incident took place the same day his client’s mother had passed away in Lithuania.

The local solicitor added Mr Sibika would give a sworn undertaking to the court to steer clear of the alleged victim if granted bail.

In taking the stand and addressing the court with the aid of a Russian interpreter, Mr Sibika answered a series of questions put to him by Mr Gearty.

“Yes,” he replied, when asked if he was innocent of the charge before the court, an answer he repeated as the line of questioning turned to whether he regretted the injuries sustained by the alleged victim.

Pressed further about what attitude he would take if he came upon the alleged victim in the street, Mr Sibika replied: “No, I would not come to him at all.”

He agreed with Mr Gearty’s assertion too that he was the “black sheep of the family” in the face of an ongoing battle with alcohol.

Sgt Mahon responded by telling Judge Owens of the fears gardaí had if the accused was granted bail.

He said gardaí believed Mr Sibika was a flight risk, had failed to answer bail on previous occasions in the past and of the potential further, more serious charges could follow.

Judge Owens took several minutes before delivering her verdict as both members of the defence and prosecution waited patiently in the main body of the court.

She said while there were a number of legitimate submissions presented on behalf of the State, a certain amount of others had not been proven.

“There has been no evidence presented to the court that the defendant has previous convictions for offences while on bail,” she said.

“There is also no evidence the defendant has serious convictions for matters that had been previously dealt with in the circuit court.”

Judge Owens continued by saying claims made by the State Mr Sibika had a history of “violent crime” to his name was inadmissible.

She also said reservations the accused would interfere, make contact or issue threats to the alleged victim were simply unfounded, prompting her to state the threshold for a Section 2 bail objection had not been met.

Judge Owens said a different scenario was in play when considering the application of O’Callaghan Rules principles.

“This is a serious charge before the court and the defendant is potentially a flight risk and I am satisfied the threshold under O’Callaghan has been reached.”

That said, Judge Owens said it befell the court to impose conditions on any bail which was granted and remanded Mr Sibika in custody with consent to bail.

Among them included a €2,000 independent surety to be approved by the court; to surrender passport and not apply for a duplicate; to obey an 8pm to 8am curfew; have no contact, direct or indirect with the alleged injured party including via social media; remain intoxicant free and to sign on daily at Longford garda station between the hours of 9am to 9pm and to provide a mobile number to gardaí within 12 hours of release.

The case was adjourned until a sitting of Longford District Court yesterday (Tuesday).