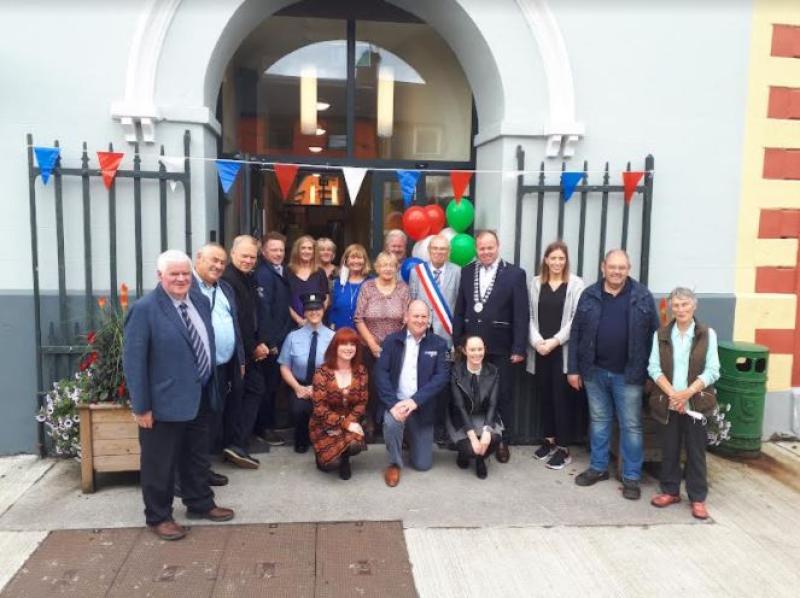 A new chapter in Granard's cultural and socio-economic development was rubber-stamped this afternoon as the north Longford town set the seal on an historic twinning accord with a town in the French region of Normandy.

As first revealed in the Leader's print edition on Wednesday, a delegation from East Rouen in Normandy flew into Ireland yesterday before shaking hands on a town twinning agreement at French Ambassador to Ireland, Vincent Guérend's residence in Dublin.

That was followed by a reception at Granard Library this afternoon in front of a number of local politicians and invited guests.

Opening his address with a simple 'Bonjour', Granard Municipal District Cathaoirleach Cllr Paraic Brady said the importance of the occasion was one which could not be understated.

"Today is one of those days which will see the start of something major, not only for Longford and Granard but it is something that will last into several generations," he said.

In a more light hearted tone, Cllr Brady quipped over how his French counterparts were afforded to savour some of the fruits of Irish hospitality by visiting the Guinness Storehouse in Dublin.

"I find wine a bit stronger than Guinness, but I am looking forward to our trip to France," he joked, to much amusement following a light lunch held in the top floor of Granard Library.

Daniel Dominique, head of a four strong East Rouen delegation, told of how his home town had managed to establish ties with the likes of Germany, Italy, Poland and Burkina Faso in Africa.

A long held twinning agreement with Britain, he said, collapsed three years ago due to the fallout from Brexit, but added Granard's deep rooted historial ties and association with the Normans 12th century arrival into Longford more than made up for that loss.

"That's why we wanted to continue to have a relationship with an English speaking country and Ireland is a country French people like a lot, except when rugby is mentioned, and was an obvious choice for us.

"Those strong common points can be the beginning of a fruitful co-operation between us that should enable us to know each other better and promote brotherhood across borders," he said.

Mr Dominque paid testimony to the work of the French Consul in making contact with chairperson of Granard's Town Twinning Commitee Moira Mahon in setting in train moves towards establishing a possible international agreement.

A series of presentations also took place over the course of the afternoon, one of which included a Medal of Honour which was handed to Cllr Brady by Jean Luc Duflou in his role as Deputy Mayor of Le Mesnil-Esnard

It's expected the group, together with committee members from Granard will take in this evening's aptly dubbed 'Culture Night' before their return to France over the weekend.

For full coverage of this story, see next week's Longford Leader.