'What was the point in fighting so hard to stay alive to not even enjoy one minute?' 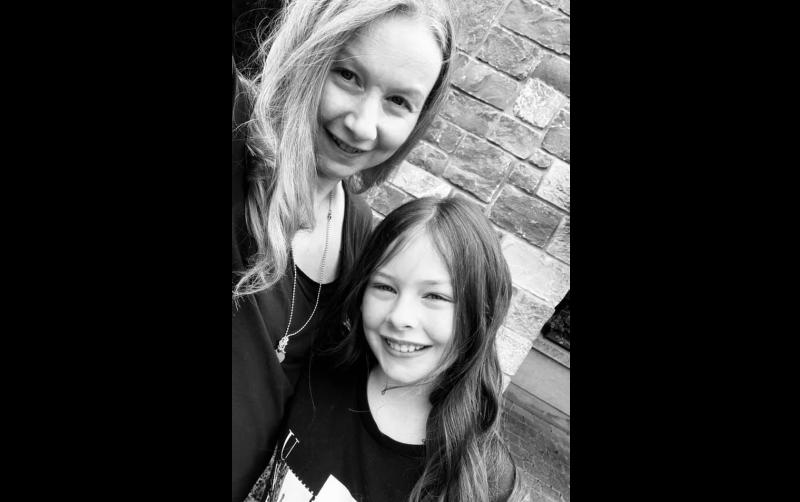 "I’m not afraid of dying at all. It’s the living that terrifies me. The suffering. The pain. The hurt. The loneliness. The awfulness of it all. The separation from all that I love and that love me. Isolation is a dangerous beast. It makes nights longer, shadows more menacing and increases and heightens the normal anxieties that weigh on the mind."

Those were the heartbreaking words posted by Ballymahon doctor, Laura Noonan, on July 14. Laura has been in the thoughts and prayers of the entire county and further afield since a GoFundMe campaign, Laura's Russian Lifeline, set up in September 2017, raised over €110,550 so that Laura could undergo specialist treatment in Russia.

Three weeks later, the well-loved local woman has announced she will be taking a step back from hospital medicine in an attempt to "get some life into my life while I can" and for "a few good weeks of family time".

"Being critically ill and not responding to any treatments was terrifying," said Laura in a lengthy post on her Facebook page, Laura's Russian Lifeline.

"Being aware of a lot of it and trying to make decisions for myself was incredibly difficult. Thankfully when things reached an all time low I was too sick to be aware of any of it but that didn’t mean I wasn’t suffering terribly…. Not to mention what my family went through on the outside.

Longford’s Dr Laura Noonan is determined to recover and fight back after she underwent chemotherapy and stem cell transplantation in Moscow.

"I can’t even imagine them knowing how sick I was and not being able to even sit and do the all too familiar bedside vigil and help attend to small comfort measures normally done by my family… even things as minor as putting Vaseline on my lips and cold cloths on my head for the fevers and drenching sweats.

"The pain, the nausea, the restlessness, the swelling and most of all the uncertainty around what each day, hour and minute would bring. The surgeries and procedures. Successful and unsuccessful. The set backs…. The never ending set backs. One step forward and two back doesn’t adequately describe the clinical course.

"The side effects and complications. The 1 in a million risk of something going wrong happening. Me being the one in a million for all the wrong reasons…

"Nobody knowing what to do. Doctor after doctor in to see me… Suggestions tried with little or no benefit and at times worsening things. Errors were made but not so critical that I couldn’t move past until one terrible mistake completely out of my control was veritable the final nail in the coffin.

"The one that caused me so much harm, hardship and suffering," she said, referring to an incident in July which caused her Hickman line - a tube which was used to administer intravenous medications, nutrition, and to draw blood for labs - fell out.

The loss of what she called her "lifeline" caused untold pain and suffering, as Laura outlined in a number of posts on her Facebook page over the past weeks.

"Physically and medically I am in a very bad place. I have so many active issues currently (if that’s the best term to describe them)," she said.

"Right now there are a lot more questions than answers but what that means on the surface is I am struggling so much. I feel so broken, battered and bruised right now. I don’t even look like myself anymore. I look in the mirror (which I avoid most of the time) and the person looking back is someone I do not know and would rather not get to know."

Laura's fight to date has been a long and difficult one and, following five months in hospital and in isolation, away from her family and especially away her daughter, Freya.

"As you can imagine at this stage I am just at the end of the road. I am not able for much more. I have fought and fought so hard. I don’t even fight for me anymore, I fight for Freya. And my family. I have so many reasons to want to be around for as long as possible but it’s becoming impossible," she said.

"For this reason I have decided to take some time away from hospital medicine. I literally need a break from being a patient. I need to see Freya. She is growing up without me in her life and the main reason for my fight is to be there for her… but I’m still not with her. I’m absent from her life right now. A FaceTime mother might be better than no mother but living with the constant worry about me, the uncertainty surrounding when she will see me next etc are making it feel like all my efforts are in vain.

"I also need to see the rest of my family. Archie has to largely live the life of a single dad yet I’m still here though deteriorating all the time. He has to work, look after Freya and ensure the household jobs are always done. Then I get thrown back into the mix every so often and need so much care and attention.

"My mother is a rock of strength for us all and without her I don’t know how we would manage at all. But it’s not fair. Her life is all for us now. She has already raised her two kids, became a widow in her 30s and worked hard her entire life only to retire early to work even harder looking after myself and Freya.

"After much internal debate and turmoil I am at peace with my decision. I have surprised many by still being alive today after being critically ill with sepsis (again) not once but twice in the past couple of months and for that I’m eternally grateful. It has bought me more time. Time to try to start to tick off items on that bucket list of mine. Time to reacquaint with my family. Time to gather my thoughts and decide where to go from here…

"Do I put back on the boxing gloves And step into the ring for another round or do I explore other avenues? We really are in miracle territory here so the prayers and good intentions of many are very welcome."

Laura plans to fit as much as possible into the next couple of weeks to ensure she can make some memories with her daughter.

"I need to get some life back in my life while I can. I can’t feel much worse than I do already and I’m not going to make myself sick… I already am," she said.

"I refuse to stare at another bedroom ceiling and four walls when I have the opportunity to do other things.

"I didn’t come to this decision lightly, and I will reconnect with the hospital in a few weeks (so long as I don’t develop any more acute life threatening issues that require urgent admission in that time frame like another sepsis….)

"For now I hope I’m being brave and wise - others might call it foolish or even crazy - but what was the point in fighting so hard to stay alive to not even enjoy one minute?

"Here’s to a few good weeks of family time. Time for me. Time to think and re group."

'Health is the crown of the well that only the sick can see': Threat of Coronavirus a concern to Ballymahon's Laura Noonan