Edgeworthstown's Niamh creates one of the coolest games in the world 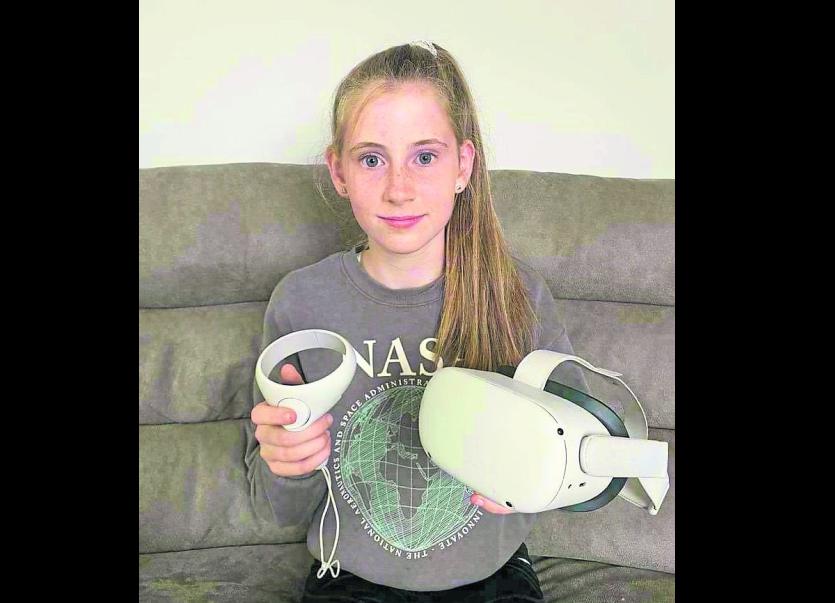 Edgeworthstown’s Niamh Brady, a member of CoderDojo Longford, whose ‘Escape the Maze’ game for the Oculus Quest 2 headset was chosen by Melissa Pickerlng as her favourite games project

Twelve year old Niamh Brady, from Edgeworthstown, did Longford proud when her project was selected by Melissa Pickering, Head of Lego Education, as her favourite games project at the recent Coolest Project Awards.

This is the world’s leading technology showcase for young people and was held online this year due to Covid-19.

Melissa has worked in the field of interactive kids’ products for 15 years, from innovating theme parks as a Disney Imagineer to founding an edtech startup.

She chose Niamh’s ‘Escape the Maze’ game from over 1,300 entries from 47 countries and Niamh’s project was one of just three Irish projects chosen by the judges.

This follows Niamh’s success last year at Coolest Projects when her ‘Mineblower’ game which she wrote in the Python programming language was selected by Limor Fried, founder of New York based Adafruit Industries, as one of her favourite entries.

Daughter of Clare McEnroe and Pádraig Brady, Niamh has just completed her primary education at St Mary’s NS, Edgeworthstown and she will be starting in Cnoc Mhuire in Granard in September.

CoderDojo Longford, which Niamh has been a member of since 2018, holds weekly sessions, during term time, at The Attic House. And she continued to learn independently throughout lockdown.

Ann Barry of CoderDojo Longford said everyone at the club was delighted for Niamh. "All the students and mentors at CoderDojo Longford are thrilled to see Niamh get such well deserved recognition on the international stage! The standard of entries to Coolest Projects International this year was higher than ever and to be selected as a judges favourite is testament to her talent, hard work and dedication."

CoderDojo participants can learn how to code, develop websites, create an app or a game and explore technology in an informal, creative and social environment.

Young people between 7 and 17 wishing to attend can apply for a free ticket through Eventbrite.

For further information on when sessions recommence keep an eye on the CoderDojo Longford Facebook page or email CoderDojoLongford @gmail.com.