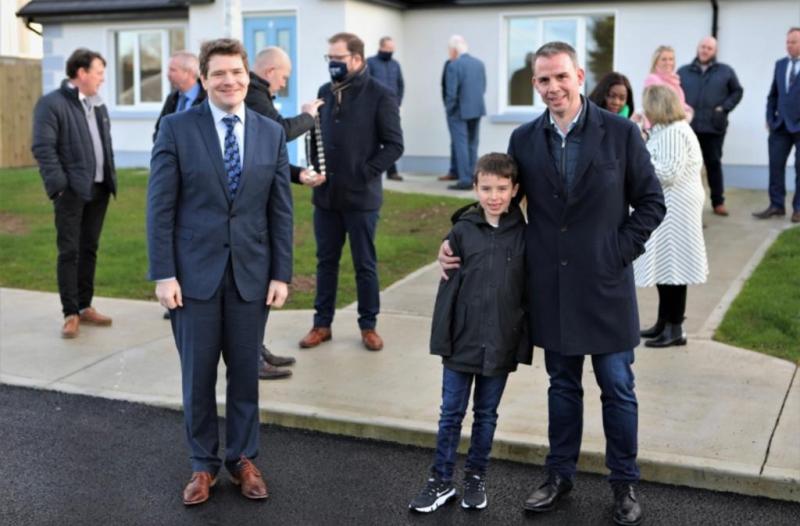 Longford's ongoing regeneration drive has been given a further tonic this morning with confirmation of a €5.6m State backed investment for over 20 new social houses.

Twenty three new homes have been given the green light to be added to the county town's Alder Field estate at Farnagh.

The seven figure investment will effectively double the size of one of the midlands' most energy efficient developments after 24 units were opened last December.

Peter Burke T.D., Minister of State with responsibility for Local Government and Planning, announced the news this morning, insisting the proposed development would be one of the most pioneering in recent memory.

Mr Burke said the forward thinking nature of the designs had all the necessary traits to copper-fasten the continued acceleration of Longford's regeneration blueprint.

"These new homes will be within a locality well served by a variety of socially mixed residential occupancies and benefit from immediate and continuous pedestrian access to services such as MacEoin Park Basketball Court and Playing Field, Little Einstein’s Crèche, Shops/convenience store, Royal Canal Amenity Greenway and Longford Train and Bus Stations," he said.