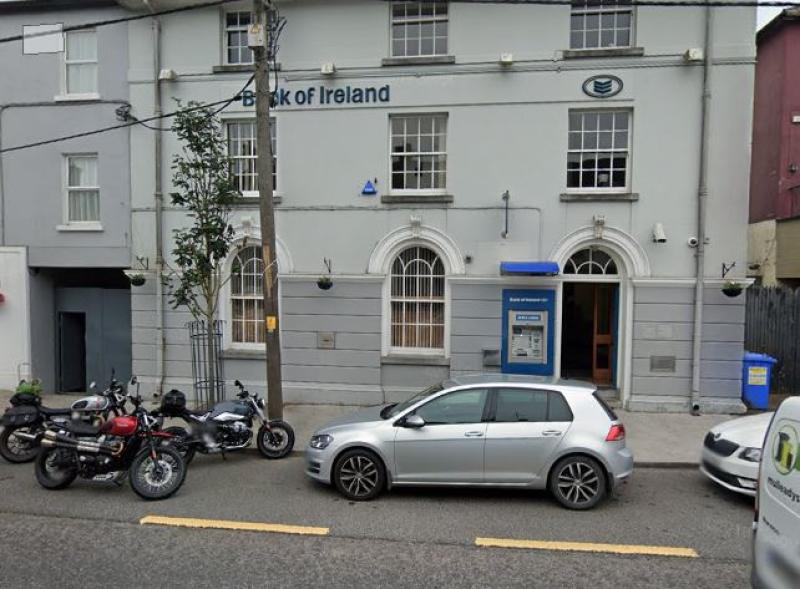 Bank of Ireland’s decision to close its Granard branch is a huge blow to rural Ireland, according to local representatives, especially considering a commitment made to Granard people in recent years following the loss of Ulster Bank.

“Back when Ulster Bank closed and decided to pull out of Granard, Bank of Ireland gave a commitment that they would not be leaving Granard.

“In fact, they went seeking customers of Ulster Bank to switch over so that they wouldn’t have to be travelling into Longford town to do their banking, and they got a few customers out of that too,” he added.

Shortly after that, they did remove their cash services from the counter, which was a loss to the town, Cllr Reilly noted, but Bank of Ireland gave the people of Granard their commitment that there would always be a branch in the town.

“And that bank takes in a large community from Granard to Abbeylara, Mullinalaghta, Ballinagh, as well some towns in Cavan, such as Mullahoran,” said Cllr Reilly.

“There are two big businesses here - Kiernan Milling and Pat the Baker - and the local branch supported them, but the local mart will be seriously affected because the mart itself banked with Bank of Ireland and so did a large number of its customers. Granard Mart would do business there on a daily basis. It’s a big let down to the community and to everybody.

“When Ulster Bank closed, they did go looking for customers, and then to turn around and do this to them is a huge let down.”
Bank of Ireland included its Granard branch in a list of 103 branches that are facing closure this year, as announced on Monday.

The banking giant reported an underlying loss of €354m before tax for 2020, reflecting large losses as a result of bad loans during the Covid-19 pandemic.

Some services will be taken over by the local post office and, while Cllr Reilly had high praise for the local post master and the local credit union, he said there are some services, such as applications for personal loans, that would still need a bank.

“To see both Ulster Bank and Bank of Ireland gone within a short number of years is a big blow to Granard,” he said.

“There was a threat before, but Bank of Ireland said they were committed to Granard. They said there was an adequate number of businesses to keep the branch going and they said the number of personal accounts was way above what they needed to stay open.”

Online banking has been growing in popularity in recent years and, as the pandemic continues and the country remains in lockdown, many everyday tasks have moved online, but Cllr Reilly stressed that, in a rural town, not everybody uses the “modern day” online system.

“The elderly people here would rather go into the bank, or they might not use the internet, and we have a poorer broadband connection,” he said.

Cathaoirleach of Longford County Council, Paul Ross, said that the announcement was “a big shock” to Granard.

“It is particularly bad, following the news that Ulster Bank would be pulling out of Ireland. This is a huge hit to Granard because they had two banks and now they’ll have no banks,” he said.

“Since the Covid-19 recession, there has been an emphasis on supporting towns and town centres, so this is a kick in the teeth.

“It’s all well and good talking about going online but there is a large group of people who are still without high speed broadband or who are not tech savvy.

“Bank of Ireland is showing no regard for the customers who have supported them for so many years. This is a sad day for rural Ireland.”