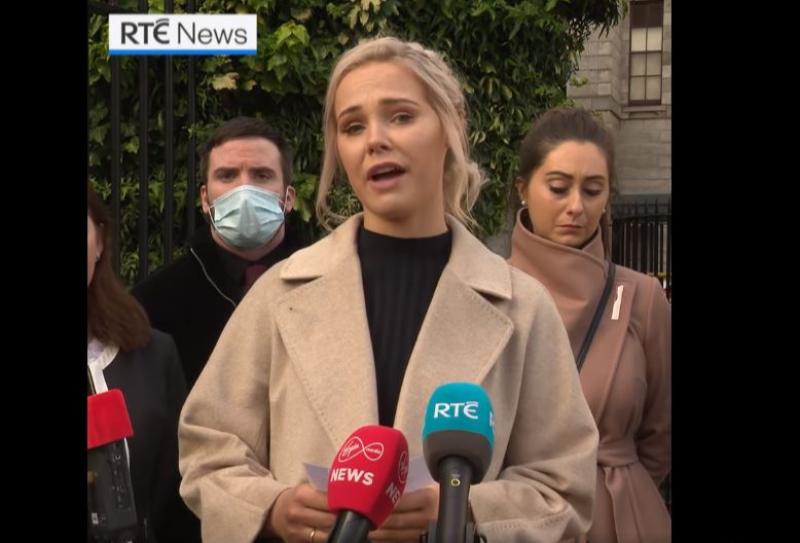 Longford's Lynsey Bennett said she could now 'focus on my own fight to stay alive as long as I can' after she settled her case against the HSE over the reading of her cervical smear tests.

Lynsey's case was due to start at the High Court today but was settled through mediation.

The terms of the settlement were not disclosed and it was made without admission of liability.

A 32-year-old woman who is seriously ill with cancer has settled her case against the HSE over the reading of her cervical smear tests. | Read more: https://t.co/HvDtbREfK5 pic.twitter.com/FGqvJ4n5iN

Ms Bennett had four smear tests between 2010 and 2016, and on each occasion she was informed they were negative.

After the smear test in 2016, she was told no abnormalities were found and she would be called for routine testing in three years' time.

Eleven months later, she went to her GP with bleeding, and in January 2017 she was diagnosed with advanced cervical cancer, requiring a hysterectomy.

In 2018, her cancer returned and she is now seriously ill.

Ms Bennett told Mr Justice Kevin Cross she intends to set up a trust fund for her two daughters.

In a letter read to the High Court, CervicalCheck CEO Fiona Murphy said she wished on behalf of the CervicalCheck programme "to express our deep regret to you and your family".

She added: "I wish to acknowledge the many challenges that you have faced as a result of your diagnosis. I appreciate that this has been a very difficult time for you and your family and I hope you find some solace with the conclusion of this process."

Ms Murphy said she hoped the settlement will give Ms Bennett and her family "some level of comfort, peace of mind and security".

The letter concluded: "With deepest regret."

On St Stephen's Day, Longford town came to a complete as there were 278 tractors and lorries passing through in support of Lynsey Bennett, who is currently fighting her third battle with cervical cancer.