Engagement up 95% as learning moves online at Ballymahon Vocational School 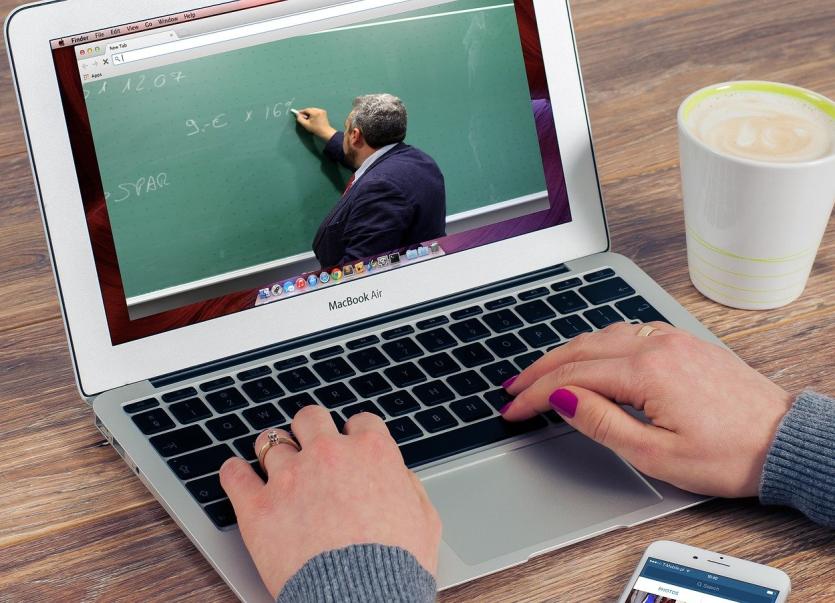 The ongoing uncertainty surrounding the Leaving Certificate exams is causing untold levels of anxiety, according to Principal of Ballymahon Vocational School, Brian Higgins.

The school has an effective online teaching plan in place, which has been developed throughout the pandemic to become something that works for everyone, with feedback from parents, teachers and students on what can and can’t be done to meet their needs while working remotely.

“We’re copying the same school timetable but we have moved to one hour classes instead of 40 minutes, which means students have six one-hour periods per day,” said Mr Higgins.

“It was easy for us to move to Microsoft Teams, so we can schedule classes to coincide with the team calendar and engagement this time round is way up. In fact, we have 95% engagement. We’ve learned fast how to make it work.”

In fact, the school had 12 hours of afterschool training in the autumn to ensure teachers and staff could efficiently work online while schools were closed. Workshops were run by Shane Nolan, who is one of the teachers at the school.

“Thanks to those workshops, now everyone is singing off the same hymn sheet,” said Mr Higgins.

Things are very different this time as students and staff are not struggling to find their feet as they were when they were thrown into online learning during the first national lockdown last year.

There is a group of six Leaving Certificate students who meet online with Mr Higgins twice a week to discuss what has worked well and what hasn’t.

“Some of them have anxieties,” said Mr Higgins, “so we’ve set up a number of workshops to help with their mental health.

“There’s also a student council which meets every Friday and that’s an overall picture of how the students are doing,” Mr Higgins added, “we have a parents’ focus group once a week and they often have suggestions.

“Student interaction wasn’t there before, so we’ve started training in breakout roms on Microsoft Teams to give a space for students to talk to each other. The main thing is we’re listening to what does and doesn’t work.”

Leaving Cert students in the school are, understandably, concerned by the upcoming exams, which the government hopes to hold in the traditional way, despite the ongoing crisis.

“There’s been a call nationally for predictive grades and students want answers at this point,” said Mr Higgins.

“We’re school leaders and we don’t know how to answer that for them. The oral and practical exams are due to take place in April and they need time to prepare.

“There’s bee a corrosion into the students’ time from last year. They lost out on time from March to June.

“Lack of communication is a big problem and as principal, I’m not able to alleviate any of the students’ fears.”

Parents, teachers and students alike want to know what plans are in place for students should the government’s steadfast determination to go ahead with a normal Leaving Cert fail this year.

“We want to know what the contingency plan is. The plan is to hold the Leaving Cert but there’s no contingency plan,” said Mr Higgins, who stressed that mock exams are “only around the corner”.

With no reopening date yet in sight for schools, Mr Higgins has said that the safety of students must be a top priority.

“We’d have students from both schools in Ballymahon on the same busses,” he said.

“So I can absolutely see the fear that students and staff would have, and parents have also voiced those concerns.

Furthermore, if schools were reopened during these difficult times, he said, there would be a number of students who would be unable to attend for their own safety, which would force teachers to teach a class in person and online at the same time.

“It’s virtually impossible,” said Mr Higgins, “so the government made the right decision to keep the schools closed. Engagement is up 95% now with our online system and it’s working well.

“Nothing beats face to face interactions, but there are now new levels of collaboration and huge positives that can be practised going forward.”