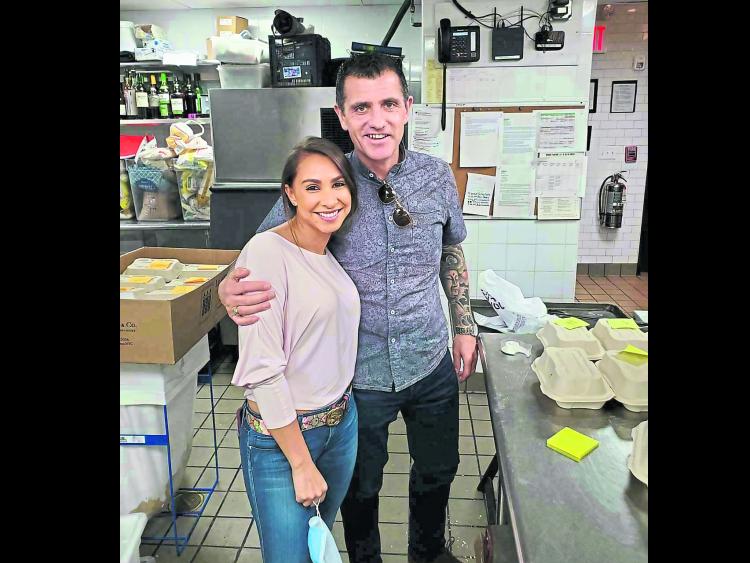 The election of Joe Biden as the United States’ 46th president has been tempered by claims his victory only materialised as a consequence of Covid-19.

They were the sentiments put forward by Longford ex-pat Seanie Hayden this week as the eyes and ears of the watching world attempted to digest what was arguably the most divisive American presidential elections in living memory.

Mr Hayden, who is a New York based entrepreneur, said despite Mr Biden’s well publicised triumph this side of the Atlantic, the political jury was still very much out on what the 77-year-old can deliver while in office.

“I am over here 25 years and I have never seen the economy as good,” he said.

“If this pandemic didn’t hit, he (Mr Trump) would have won by 20m votes.

“Seventy one million people or fifteen times the population of Ireland voted for him, what does that tell you?”

Much has been made of Mr Biden’s Irish roots with much hysteria consuming the president-elect’s ancestral Co Mayo town of Ballina.

The same could also be said of the reaction which greeted Mr Trump’s impending exit from the US political stage, outbursts which the former St Mel’s student still finds hard to fathom more than a week on.

“He ignored coronavirus which wasn’t the right thing to do,” said Mr Hayden of the billionaire businessman’s looming departure from the White House.

“And he went against the media. People have had enough of the Trumps, it’s just too much for people and everyone wants to move on.

“But if you look at what he promised in 2016, he did all those things, he wasn’t Joe Biden promising things for 47 years.”

It’s believed the Democrat candidate and incoming president is reported to be considering a series of orders to reverse controversial decisions by Mr Trump.

The Financial Times said Mr Biden will seek to rejoin the Paris climate agreement as well as the World Health Organisation, and end the travel ban on citizens of seven, largely Muslim, countries through executive orders which do not need congressional approval.

“I think things have started to settle down,” said the owner of New York cocktail bar, Valerie.

“We don’t want to see a return to looting, we all just want to move on.”

Bringing those desires to fruition and uniting a country more divided than it has ever been is a craving messrs Biden and Harris now have the onerous task of implementing.