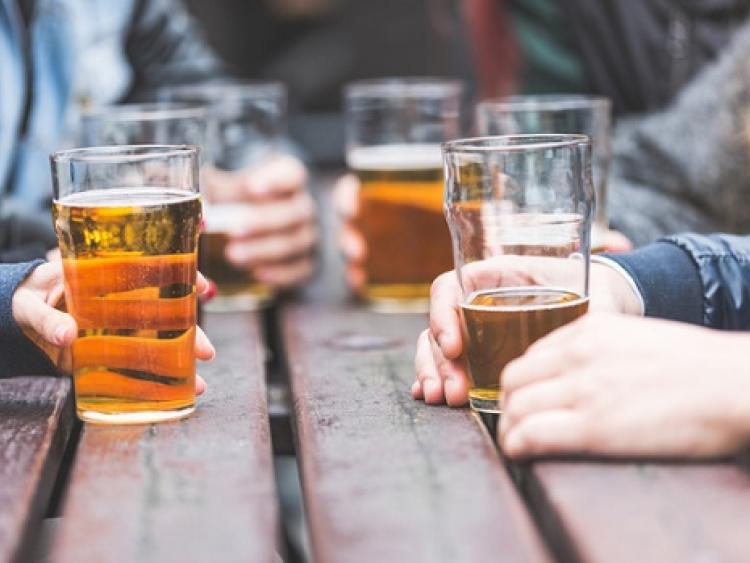 Much anticipation surrounds the re-opening of Longford's so-called 'Wet' pub industry next week, but issues surrounding the practicalities of certain health and safety guidelines remain

Publicans across the county and country for that matter will breathe a collective sigh of relief next week when they officially re-open their doors six months after they first shut their doors.

It's been a long and decidedly weary road for those intricately connected to Ireland's Vintner's industry and one which looks set to be just as cumbersome over the weeks and months ahead.

The routinely adopted cliche of 'business as usual ' is going to be anything but the case, however, if newly enforced guidelines are anything to go by.

Strict table service policies and time slots of 1 hour and 45 minutes where physical distancing of 1 metre can be maintained are just some of the measures license holders will be asked to rigidly adhere to.

Gardaí, too, are expected to be out in force to ensure compliance is maintained to the strictest of degrees.

It's an extenstion of power and legislative duty you get the impression those at senior garda management level could well do without.

Resources are stretched enough without rank and file gardaí being asked to call to each and every pub in their district to verify customers are observing social distancing protocols.

Throw in the utterly bizarre demand on publicans to keep the volume low on TV sets and you have to ask yourself are we, as a nation, starting to lose the run of ourselves amid the scourge that is Covid-19?

The precise details of the new rules were due to be published yesterday (Tuesday ) and before the Leader went to press, but even the mere mention of volume control in pubs is quite simply laughable.

The majority of watering holes, especially the larger ones across Co Longford, rely on the likes of live GAA and soccer games in order to draw crowds through their doors.

Are they suddenly expected to be asked to press the 'mute' button and ask patrons to sit in stony silence while the GAA inter-county season finally gets off its knees or when premiership heavweights such as the Liverpools and Man Utd's of this world lock horns?

It's governorship gone too far, pure and simple and it's once again raised the question as to who is running our country-the present Fianna Fáil/Fine Gael/Greens triumvirate or a posse of NPHET medical professionals whose prevailing purpose seems to be scaring the living daylights out of people with daily updates of Coronavirus cases and resulting deaths.

Late Late show host Ryan Tubridy called it as i t is last week when he derided the types of punitive measures pubs were being asked to enforce.

“I just think it's amazing that the world has gone so bonkers that not only were the pubs closed down, now they're going to be reopened but the volume has to be turned down on the TV.

"That's the level of micromanagement of the virus that we're dealing with and that's before we get to Halloween and Christmas.”

The truth is none of us really knows what the likes of Halloween or Christmas holds, not with cases rising and the onset of the winter flu season just around the corner.

What has to happen, however, is our pubs and 'wet' ones (a ridiculous metaphor used to distinguish between those that serve food and those which don't) must be allowed re-open under prudent, sensible recommendations.

We, as a public, must take responsibility for our own actions and make sure health and safety best practice is upheld.
Pubs were already struggling to maintain health balance sheets pre-Covid.

Throwing swingeing obligations at them could well see large cohorts simply pull down the shutters once and for all.
Turning down the volume on TV sets is not the way to go.

If messrs Martin and Varadkar choose the latter the volume may well be turned down on them permanently by an ever increasingly agitated and frustrated electorate.