Inland Fisheries Ireland are investigating the extent of the invasion 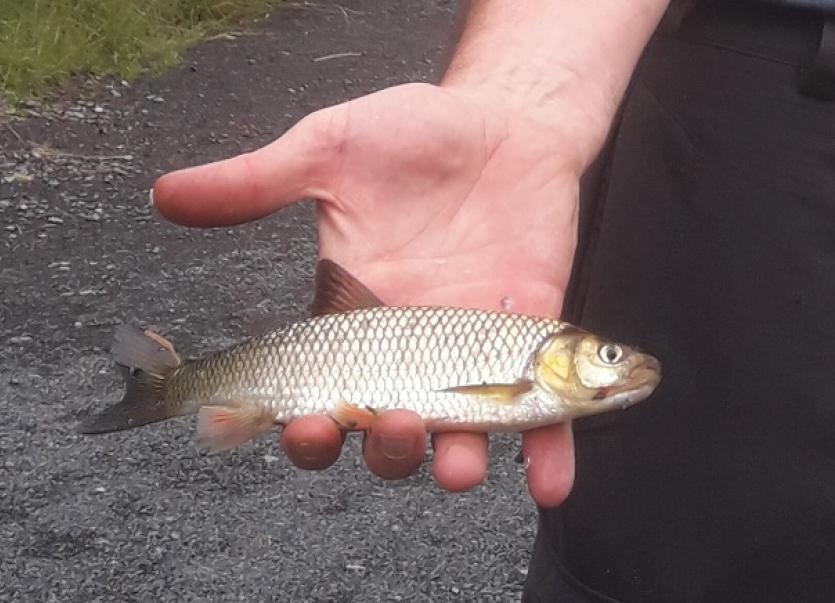 The re-appearance of the invasive fish species chub (Squalius cephalus) on the River Inny in Longford is sparking concern.

Inland Fisheries Ireland (IFI) explained that chub when introduced have the potential to compete with native fishes for food and space and are potentially a carrier of fish diseases and parasites.

IFI is investigating the extent of the invasion and assessing strategies for eradication and control.

The threat of chub spreading through the Shannon system (the River Inny is a tributary of the Shannon) is of real and pending concern to the biodiversity of Ireland’s biggest catchment.

The fish was captured on rod and line at a targeted location identified by IFI staff who recorded potential sightings at several locations.

The initial inspection followed reports submitted to IFI and the National Biodiversity Data Center by members of the public.

Chub are non-native in Ireland, and the River Inny is the only Irish river in which they have been recorded. The species was subject to removal operations between 2006 and 2010 and it was hoped that chub had been eradicated.

It is unclear at this stage whether these fish represent growth in the original population or are as a result of a second introduction.

Also read: Influx of visitors discover beauty of Lanesboro and Ballyleague and the river Shannon

Inland Fisheries Ireland are endeavouring to establish the status and distribution of the species within the catchment which will help inform potential management programmes.

Dr Cathal Gallagher (Head of Research) stated, “Ireland’s rivers are ecologically important ecosystems, which support significant recreational fisheries for native and established fish species. Non-native fish species threaten these ecosystems and the game and coarse fisheries that they support - potentially in unforeseen ways - and are thus a cause for concern. We would appeal to anglers to protect our fisheries by not moving fish between watercourses for any reason and submit any sightings directly to IFI or through the IFI hotline (1850 34 74 24).”

Also read: Bad news for motorists and households with changes to fuel prices on the way