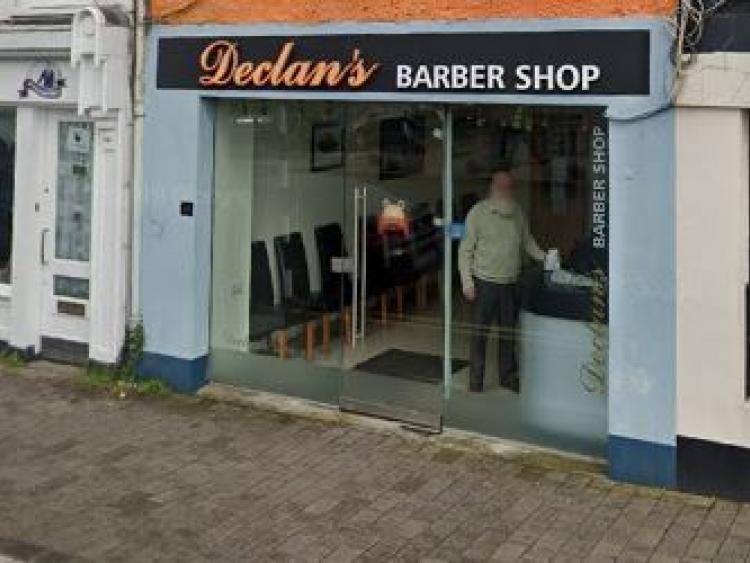 A Longford businessman has revealed he will not be reopening his premises as the economic repercussions from Ireland's coronavirus pandemic gathers hold.

Declan Donohoe, proprietor of Declan's Barber Shop on Longford town's Ballymahon Street, made the announcement to cease trading after 11 years in operation earlier this morning.

The well known barber, who has plied his trade in the local hairdressing sector for over 20 years, said the decision was one he hadn't seen coming prior to the country's nationwide lockdown back in March. 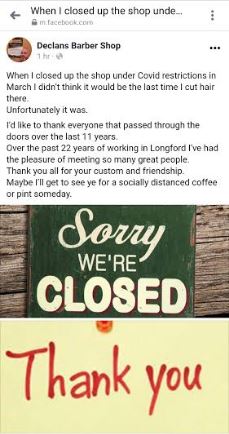 In a thank you message to customers, Mr Donohoe indicated the closure was hastened by the much changed fiscal landscape small firms and retailers now find themselves in.

"When I closed up the shop under Covid restrictions in March, I didn't think it would be the last time I cut hair there," he said.

Details surrounding its closure come after the Leader revealed yesterday of how four businesses, including Mr Donohoe's, had announced their closures following the re-opening of the wider economy in recent days.