'If you were creating a template for what you'd want a guard to be, Colm Horkan was that', says Granard Superintendent of his close friend 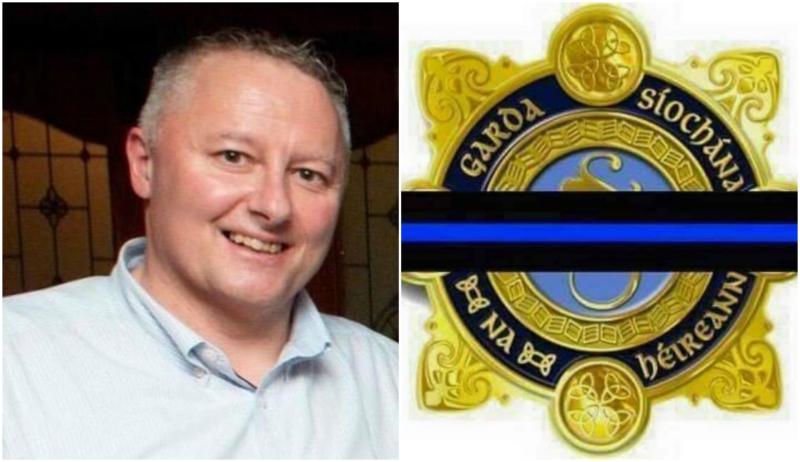 Left: the late Detective Garda Colm Horkan Right: An Garda Síochána has added the blue line to its social media in tribute to the fallen colleague

The late Detective Garda Colm Horkan was like "a template for what you'd want a guard to be", according to Granard's Superintendent Seamus Boyle.

Supt Boyle served as Superintendent in Castlerea Garda Station for three years before moving to Granard last year and had the privilege of working very closely with Detective Gda Horkan.

"Colm was a very, very good friend of mine," he told the Longford Leader this afternoon.

"He was probably one of the best guards I've ever worked with. Anything I'd have to say about him has been said before but, if you wanted to get a job done, he was the fella to go. He had a great way about him with everybody. He was a great team person.

"If you were creating a template for what you'd want a guard to be, Colm Horkan was that. And that's not a platitude because he's dead. That is the truth about him. There was no job too small and no job too big. He was a very loyal supporter of mine while I was down in Castlerea, there was no doubt about it. Even since I left 12 months ago, we would've maintained contact."

The news of his colleague's death hit Supt Boyle particularly hard on Thursday morning because of the friendship he had built up with Det Gda Horkan during his time in Castlerea.

"Thursday was a tough day, I must say that. And tomorrow won't be easy either. I don't know what more to say... We all lost a good friend as much as a colleague. He was a friend to everybody," he said.

"He was like a compass for the guards down there. If someone was doing something he shouldn't be doing, Colm would be the first one to say 'listen, what are you at?'."

The funeral for Detective Garda Colm Horkan will take place tomorrow in Charlestown. Supt Boyle will be in attendance, as will Supt Delaney and many gardaí from the Longford/Roscommon Division.

A minute's silence will be held in Det Gda Horkan's memory tomorrow at noon at Longford, Granard, Ballymahon and Lanesboro Garda Stations.

Members of the public are welcome to join. Read more information here.