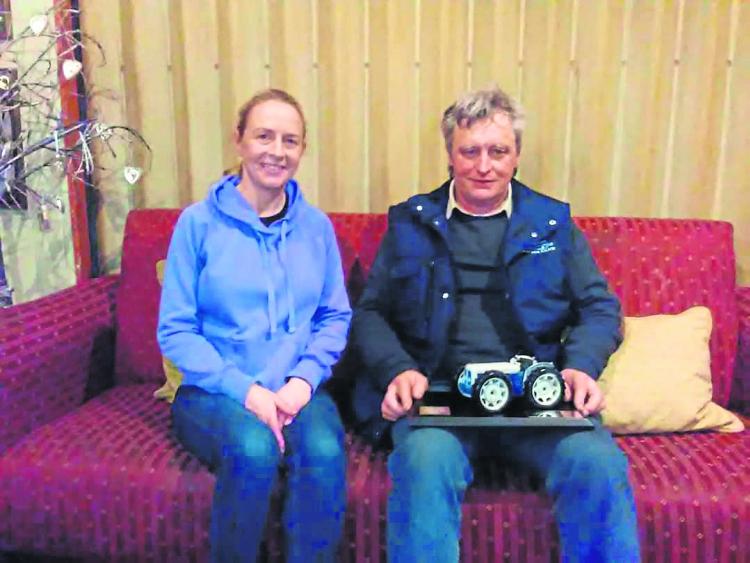 Lakeland Vintage Club was dealt a very serious blow, when on Thursday, May 28, word came through that our esteemed Chairperson, John Harte, was the victim of an horrific farm accident.

No words can adequately describe the feeling of shock, horror and disbelief that enveloped the community.

John had joined our club some years ago, and contributed an immense share of wisdom to the club.

At our 2019 annual general meeting, John was voted in as Chairperson and at our 2020 meeting he was unanimously re-elected for a second term.

John had a vast interest in vintage, and he travelled to shows and autojumbles all over Ireland and England too.

His love of vintage was borne out in his every day work.

John never drove a modern day tractor, but did all his work on his County tractor, which aged about the same era as himself.

Vintage machinery permeated throughout his farmyard – all his machinery was vintage, and he had the unique talent of repairing them and keeping them going.

He was instrumental in starting up a ploughing day, a silage day and a threshing display in the club.

He intended to have a harvesting day last year, but the inclement weather did not allow him to do this. He also organised a number of tractor runs.

Whilst John would not have been the best time-keeper in the club, he never failed to turn up.

He would enter the room with his wry grin, his indomitable wit and his infectious laugh, and of course his hat.

John was never dressed without his hat. He was a wonderful ambassador for our club, and his presence at all our future events will be sorely missed.

John was a very experienced tillage farmer. He was ‘happy out’ ploughing and tending to his crops.

John was laid to rest in Carrickedmond cemetery. Ironically, one of his many fields of corn is directly across the road, blowing gently in the June breeze.

On behalf of all the members of Lakeland Vintage Club, I send our deepest sympathy to his wife, Maura, his daughters Marie, Sarah, Clare and Edel, their partners, and the extended Harte and Kenny families.

We pray that God will give them all the spirit of faith and courage to meet the days that lie ahead.

Pictured above: Ploughing Chairperson Cynthia Geelan Cruise pictured alongside the late John Harte in April 2018 Co Longford Ploughing Association presented John (inset left) with a scale model of a Ford County Tractor at a function in the Rustic Inn in recognition of his family hosting the 2018 and 84th Co Ploughing Championships.