Well-loved farmer to be laid to rest today 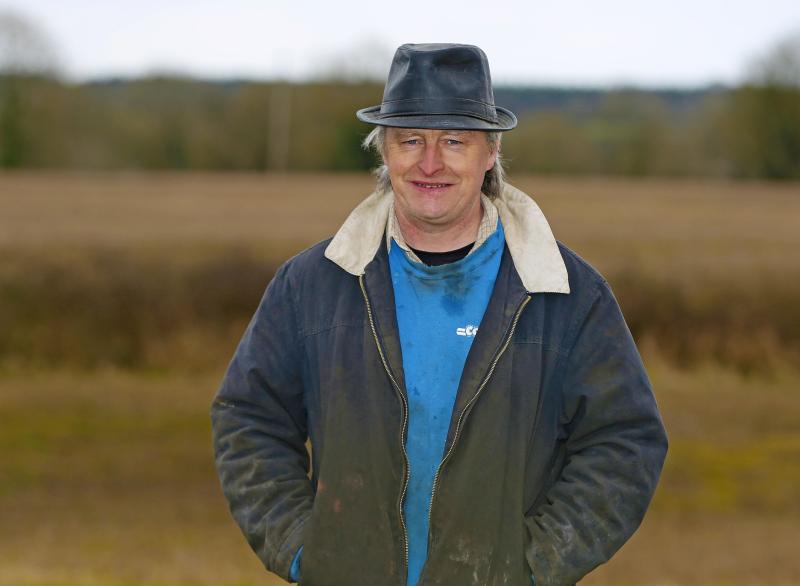 The ploughing, vintage and farming communities of Carrickedmond, county Longford and beyond were shocked and plunged into mourning following the tragic death of John Harte.

Many tributes have been paid to Mr Harte, with local councillor Mick Cahill saying his death came as a huge shock to the entire community. He expressed sympathy with the Harte and Kenny families on their tragic loss and said John’s enthusiasm for ploughing and vintage machinery would be sorely missed.

“It is a terrible tragedy. He probably ploughed the whole parish and all the surrounding parishes. Our thoughts are with his family at this terribly sad time,” added Cllr Cahill.

Formerly of Corboy, Edgeworthstown, Mr Harte is predeceased by his parents Eamonn and Helen Harte, and his passing is deeply regretted by his loving wife Maura (nee Kenny) and his daughters Marie, Sarah, Clare and Edel; his daughter's partners Andrew, John and Tom; his brothers Brendan, Kevin, Dermot, Michael, Paul; his sisters Helen, Anne, Geraldine Cullen and Mary Morrissey.

In tributes posted on RIP.ie, well known ploughing officials, County Chairperson Cynthia Geelan Cruise described the late John Harte as ‘a very good friend to Longford ploughing’, adding, “You will be deeply missed.” With Ballymahon’s Luke Casey, Co Longford Ploughing PRO, writing: “John will always be remembered in the ploughing and vintage community for his good humour and jolly smile.”

John possessed a huge passion for vintage machinery and was deeply involved with the Lakeland Vintage Club where he was a very highly regarded and popular chairperson.

Lakeland Vintage Club paid the following tribute, “Deepest sympathy to Maura and girls at this very sad time. John was a very loyal member and present Chairperson of our club. His presence at all future events in our club will be sorely missed.”

Bertie and Edre Mills wrote that the late John Harte was ‘a most loyal & true friend’. “He will be sadly missed in the community and by all who knew him.”

The committee and members of Longford Vintage Club also extended their sincere sympathy to the Harte family. “John was chairman of our neighbours, Lakeland Vintage Club and was known the length and breath of Ireland for his love of County Tractors, John will be sadly missed by his family and friends. May he Rest in Peace.”

Wicklow native Seamus Byrne recalled, “I first met John in Virginia twenty years ago. We talked for two hours, mostly about tractors and having been talking regularly since. His knowledge of County tractors was unsurpassed as was his enthusiasm. Everyone has lost a true friend and a gentleman. RIP.”

In a tribute on RIP.ie, D&E McHugh Longford, said John was always a great man to embrace new ideas (and come up with his own) to improve farming. “His love of machinery, both old and new was legendary and we are proud to have known and worked with him.”

Sean & Mary Mulvaney, Ballynacargy, remembered John, “He was a true and very loyal friend of ours and a great ambassador of our Lakeland Vintage Club. John will be terribly missed. A true gentleman.”

Over a number of years John bravely endured his share of illness and was on daily dialysis up until last March when he successfully underwent a kidney transplant. The new kidney was donated by his eldest daughter Marie and the family were thrilled with the new lease of life it provided John with.

Ironically, and rather poignantly, on Thursday, just a few short hours prior to the tragic accident on his farm, John had an appointment with his medical team in Dublin where the news on his progress was all very positive.

The Renal Day Ward Nurses at Beaumont Hospital, like everyone else, were stunned by news of John’s death. “Sincere sympathy to the Harte family of the sudden passing of John. Our thoughts and prayers are with you all at this sad time,” read their message of condolence on RIP.ie.

The St Damien’s Ward Kidney Transplant Unit, also at Beaumont Hospital, wrote: “Our sincerest sympathy to all the Harte family on John’s untimely passing. We are all thinking of the family at this awful time.”

John was held in very high esteem everywhere, with his neighbours and friends remembering him first and foremost as a loving family man, how he had time and tales for everyone, his hearty laugh filling many a room and ploughing arena, his decency and dedication to working the land, his regular friendly wave from the tractor, and how no job was ever a problem and there was lot’s of time to do everything.

John will also be dearly missed by his wide circle of friends in the ploughing, vintage and farming communities, his neighbours, nieces and nephews, aunts and uncles, cousins and in-laws.

Due to the current Covid-19 restrictions, the family respectfully requests that the house remain private.

There will be a time to honour John’s memory in a more fitting way in the future. No flowers please.

Donations if desired to the Irish Kidney Association or the Irish Cancer Society. Please feel free to sign the condolence book on RIP.ie.