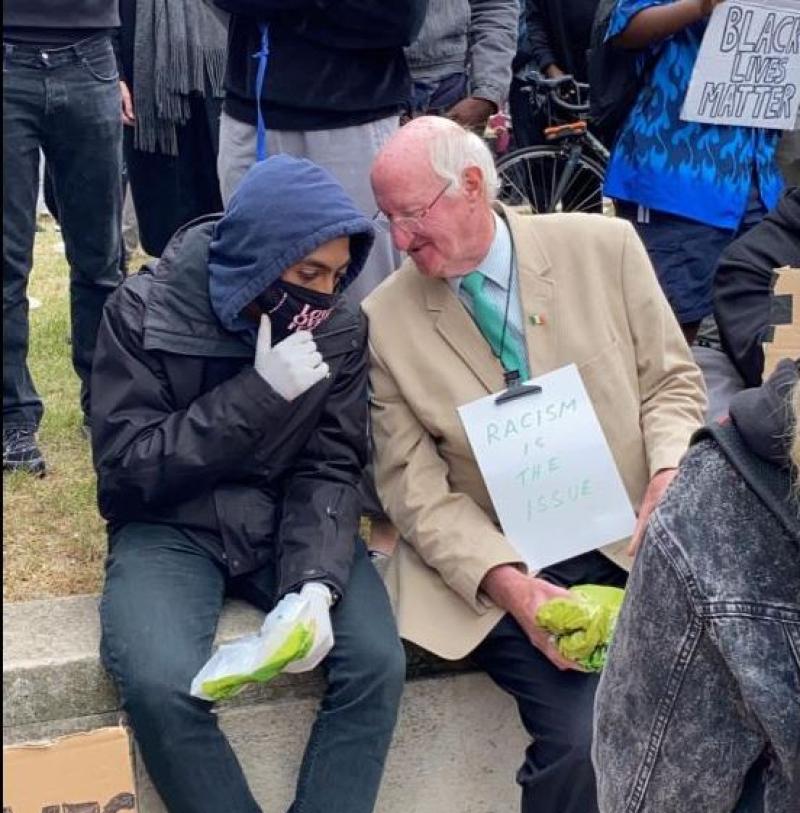 Following the tragic killing of George Floyd, in Minneapolis on May 25, the entire world is taking a stand against racism as the Black Lives Matter campaign grabs headlines around the globe.

George Floyd was an African American man who was tragically killed by a police officer who pressed his knee to Mr Floyd's neck for almost nine minutes, while he was handcuffed, face down on the ground.

The incident has sparked a massive movement, which has even come to our own doorstep here in Longford.

A Black Lives Matter March, which had been planned for Longford last Saturday, was postponed due to a number of concerns from the community regarding Covid-19 regulations.

Gardaí confirmed that a large number of complaints were received at Longford Garda Station regarding the march and the public in general has called for other ways to stand against racism that would not involve mass gatherins of people.

Organisers of the protest thanked everyone who expressed an interest in attending, or who supported the march, but said that they have decided to postpone it in response to community concerns.

“We wanted to hold this march to unite the people of Longford, in a space where we could openly acknowledge the evils of racism, and the need for us to eliminate it,” said one of the event organisers, Eric Ehigie.

“However, due to concerns regarding the number of local people with Covid-19 being exacerbated by the march, we have decided that it may be best to hold it at a later date.

“This march was planned, not only because we believe it is necessary to highlight how institutionalised racism in America has took the lives of far too many people of colour; George Floyd being but one of those, but also because we felt the need to emphasise how racism is a virus that knows no borders, and that affects us all in a detrimental way - including people of colour here in Ireland.”

Local representative, Cllr Uruemu Adejinmi took to social media last weekend to say that, while the events of May 25 happened in the US, that does not mean we shouldn’t be affected here in Longford.

“People have been vocal in saying that what happened in the US does not affect us here,” she said.

“Some say it’s s nothing to do with us in Longford. Other asked who do we think we are doing this. Why are we even here if that's what we feel. How dare we, at this time, publicly denounce that killing and corrupt system.

“As a mother, I was sickened by the killing of George Floyd. I was sickened that that could happen to any one of my family too just because of their race.

“As a mother I was angry and wanted to speak out and stand against such racism. As a public representative I have a duty to do so. All in public service must do so.

“This year we hoped it would unite with us in making a stand against injustice and racism.”

Meanwhile, Aughnacliffee native Jim Curran took a stand in London and joined a Black Lives Matter march at the weekend, reminding people that there was a time, not so long ago, when it was standard to see signs that read ‘No Blacks, No Irish, No Dogs’ in various locations.

Mr Curran, who has lived in Pimlico, London since 1967, was among those who gathered in the English capital yesterday to support a Black Lives Matter protest.

Mr Curran, who is chairman of the Irish Civil Rights Association, had a banner around his neck declaring ‘racism is the issue’.

In a four-part interview posted on Twitter by @foss_film on Sunday, Mr Curran revealed that he has been campaigning against racism since he was ten years old, adding Irish people faced racism in the past.

“The Irish were discriminated against in housing, in jobs and in every issue, and since I came to London I’ve been involved in all the different campaigns against racism and I chose to come down here today to focus attention on the appalling racism that happened in the US and even here in England,” he said.

Mr Curran also had a banner which stated that Ms Thatcher’s paramilitary funeral was insulting and offensive to Irish people.