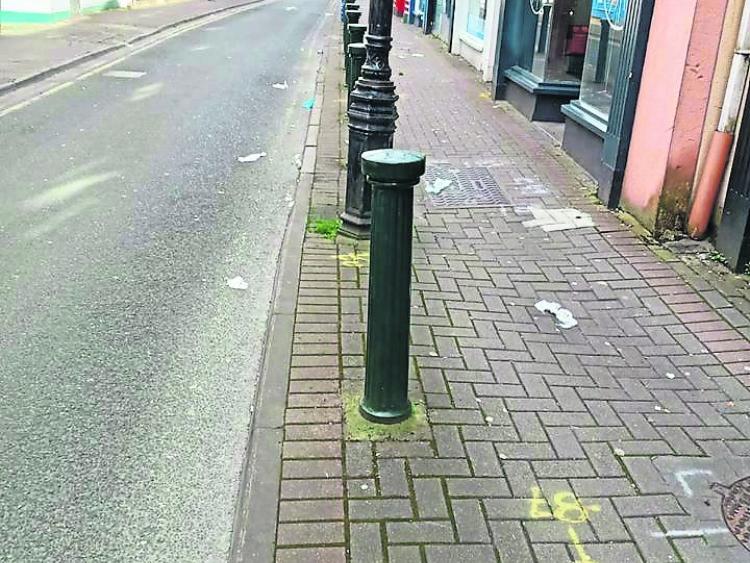 Littering has become a serious problem around Longford, moreso than it ever was, since the Covid-19 restrictions, local councillors have agreed.

“We have to look at littering. It’s escalated beyond belief,” Cllr Warnock said at last week’s meeting of Longford MD.

“I’ve had umpteen calls regarding gloves and masks just thrown willy nilly around the town.”

Local amenities such as the Royal Canal and other beauty spots in the area have also been disrespected and fallen foul of litterbugs and illegal dumping, he added.

“It breaks my heart when you see bags of cans and rubbish thrown into the canal and the ditches.

“People don’t seem to be adhering to social distancing and there seems to be groups of people meeting and drinking.

“So many people are trying to abide by the advice but we’re being let down by a small minority of eejits.”

Fianna Fáil’s Cllr Remu Adejinmi spoke up on the subject, suggesting that more litter bins be provided in various parts of the town.

“As you go away from the Main Street, there are fewer litter bins around, so maybe we could do something about that,” she said.

Cllr Martin Monaghan (FF) was also eager to add his concerns to the mix, saying that he too has had calls regarding illegal dumping.

“I received a phone call on Sunday night at about 10 o’clock to say the fire service was called out to put out a fire in a housing estate where a fire was caused by burning rubbish,” he said.

“People have been dumping bags of rubbish all around town. Gardaí are being stretched left, right and centre. I don’t know where, as a council, we can start.”

Cllr Peggy Nolan (FG) was quick to agree with her council colleagues, saying that it makes her “so angry” to see people behaving in this way around the town.

But her primary concern at last week’s meeting was the fact that people are not adhering to social distancing during the Covid-19 lockdown.

“I don’t know why our main street is bumper to bumper with cars. The amount of people who are not abiding by social distancing is outrageous,” she said furiously.

“You would think it was Christmas Eve with the amount of traffic in the town. What message is that sending out?

“Some of the biggest cities in the country, there’s nobody in them. What is going on in Longford? We closed the gates at the mall and we have put a one way walking system in place. But we need a more visible presence of guards on the streets.

“I’m proposing we unanimously ask our cathaoirleach to get in touch with the guards.

“For those who lost relatives, can you imagine how they feel when they see this?”

Cathaoirleach of Longford MD Cllr Seamus Butler (FF) suggested that the council get in touch with the environment section to sort out the issue of littering and illegal dumping, but he was quick to praise the work of local gardaí, who have had an increased visibility around the entire county.

“Yesterday morning, guards were here at 8 o’clock monitoring the distance of people but they can’t be everywhere,” he said, referring to the Albert Reynolds Peace Park, where the meeting was being held.

“We will contact the Superintendent and see what measures can be taken to tackle litter and social distancing,” he added.

The council unanimously agreed at Superintendent Jim Delaney would be contacted to see what measures could be taken.